Village elections are mostly quiet, with a few hot races 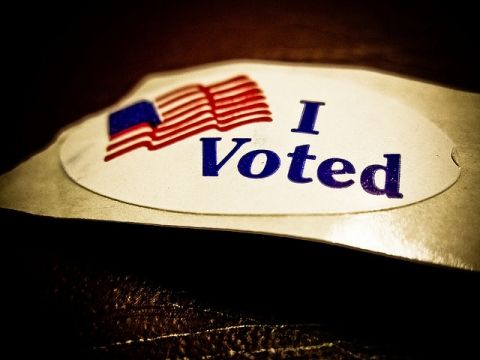 Today, Wednesday, March 18, is Election Day for most New York villages. Village elections in many Catskills villages are sleepy, uncontested affairs, but a few are real contests with full slates of candidates from multiple parties.

In Delaware County, the races to watch are in Fleischmanns, Hancock and Stamford. In Fleischmanns, a full slate of candidates is looking to unseat the current mayor, Todd Pascarella, and two trustees, Larry Reilly and Benjamin Fenton. (Disclosure: Ben Fenton sells ads for the Watershed Post.) The challengers are former mayor Don Kearney, who is running for mayor against Pascarella, and Lew Grocholl and John Hoeko, who are running for the trustee slots. They are running out of a concern about high village taxes, according to the Catskill Mountain News.

In Hancock, incumbent Mayor John Martin is being challenged by Eugene Morgan, in a race that is centering on the issue of local jobs, according to the Walton Reporter.

In Stamford, Flerida Santana-Johnas is running against Mayor Joan Hinman on a broad platform of economic reform, fixing the water distribution system and marketing the village to tourists.

No contested races are on the ballot for Delhi, Franklin, Hobart, Margaretville, Sidney and Walton, according to the Daily Star. The village of Deposit already elected a new mayor in a close race earlier in March, according to the Walton Reporter.

In Schoharie County, things are quiet, with Schoharie and Richmondville holding uncontested mayoral races, according to the Schoharie News.

The Greene County mountaintop towns also have uncontested elections: candidates in Hunter and Tannersville are all running unopposed, according to the Daily Mail.

But down in the Hudson River valley, Greene County’s politics get exciting. In Athens, a Democratic mayor and two trustees face a three-person slate of Republican opposition. Republican Rick Surrano is campaigning for mayor, and Marla Butler and Rickie Gabrielle are racing incumbent trustees Anthony Patsky and Bob June, according to the Daily Mail.

In Catskill, a lively race is underway, with the Heather D. Bagshaw, the marketing manager for Greene County Tourism, taking on two incumbents, Patrick McCulloch and James Chewens, for one of two trustee seats.

In Coxsackie, three Republican incumbents — Mayor Mark Evans and trustees Stephen Hanse and Paul Sutton — are being challenged by two Democrats. Greg Backus is aiming at the mayor’s seat, and Donald Daous is vying for a trustee slot.

In Sullivan County, the village of Bloomingburg is the race to watch. Here, the issue of voting in the village is white-hot. Bloomingburg is in the midst of a years-long struggle between long-time locals and a large influx of Hasidic Jewish residents. Last September, an effort to dissolve the village entirely went before village voters, and controversy erupted about just who among the newcomers was eligible to vote. After tossing many voters out as illegitimate residents, the Sullivan County Board of Elections ruled that the majority favored keeping the village. This year, a group of the disqualified voters is suing the Board of Elections, arguing that it is intentionally denying the vote to Hasidic Jews.

In the midst of this drama, the village of Bloomingburg is holding an election for one two-year village board seat. Aaron Rabiner is challenging incumbent Katherine Roemer, one of the leaders of the village dissolution campaign, according to the Times Herald-Record.

Elsewhere in Sullivan County, Liberty, Jeffersonville and Wurtsboro have uncontested races, according to the Times Herald-Record.

In Ulster County, where several villages hold elections at other times in the year, only Saugerties has an election, and, just like in 2013, none of the four incumbents on the ballot has a challenger.