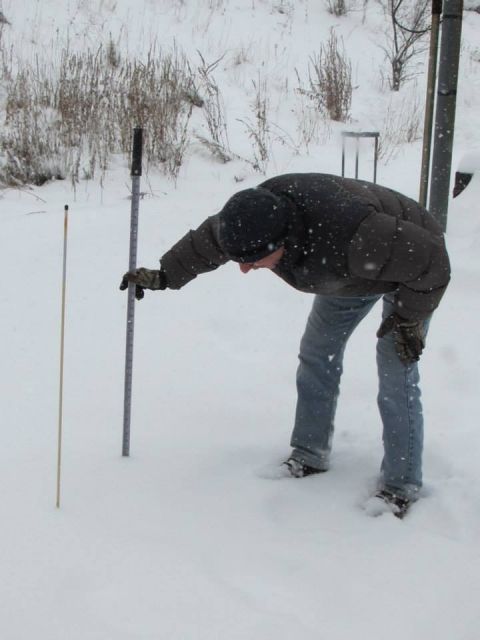 In his proposed budget for 2014-2015, released on Tuesday, Jan. 21, Gov. Andrew Cuomo announced a plan to set aside $15 million of federal aid earmarked for Hurricane Sandy to build a "state-of-the-art weather detection system" that will create scores of new weather stations throughout the state. From the governor's budget proposal:

The system will provide real-time warnings of local extreme weather and flood conditions, and identify threats to communities, roads, bridges and the electric system. Data will be available for use in predictive modeling and early warnings to prevent loss of life and property. The number of weather stations will be increased from the current 27 to over 100, creating a highly sophisticated real-time weather reporting network that will accelerate and improve information sharing, thereby assisting emergency responders in responding to extreme weather events.

Last week, the DEP announced that its new $8 million computer modeling system -- bureaucratically dubbed the "Operations Support Tool" (OST) -- is finally ready for prime time after years of development. The OST's job is to predict the flow of water into the reservoirs feeding New York City's water supply in real time. It's the New York City watershed's very own HAL, and the only system of its kind in the nation.

Up til now, the DEP has used historic rainfall and runoff calculations to decide when it should empty and fill the reservoirs, both to avoid upstate flooding and to keep the city's water supply free from silt. The new system relies on real-time information about weather and snowpack instead of last year's data. New river forecasts are fed daily into the OST, which crunches them along with dozens of other data sets. Within half an hour, out pops a decision about how much water DEP officials should release from the reservoirs, and when.

The DEP's system relies on a high-tech stream flow forecasting tool recently developed by the National Weather Service. The city agency paid $1 million to the NWS to speed up the development of the tool. Water managers and forecasters around the nation -- and around the world -- are watching closely to see if the system yields real-world results, the science journal Nature reported in August:

“This project opens the door to a more quantitative use of seasonal climate forecasts, which will help people make better decisions,” says Andrew Wood, a hydrologist at the National Center for Atmospheric Research in Boulder, Colorado. Australia is now experimenting with a similar forecasting system, and the European Commission Joint Research Centre has also rolled out a flood-prediction system.