Above: The big $25,000 winner in Monday's Sullivan Renaissance Awards was a community-wide floral planter project by the Narrowsburg Beautification Group. Narrowsburg won top honors despite vandals stealing several planters earlier in the season. All photos by Jason Dole.

Months of planning, planting, and hard work across Sullivan County reached their peak at the Sullivan Renaissance Awards on Monday. After a weekend of judging, hundreds packed SUNY Sullivan's Seelig Theater to see which community projects would win big.

Narrowsburg Beautification Group's floral displays won the $25,000 Golden Feather Award. $100,000 in all went to the winners in three categories, from single elements to community-wide beautification projects. Thousands more were given in scholarships, special prizes, and the Showing of Flowers awards.

Presenters and judges repeated the same message: Every year, thanks to Renaissance projects, Sullivan County looks better than ever. But beyond the big cash prizes and aesthetic rivalry, a bigger story was told at the Renaissance awards. The beauty in Sullivan County is more than skin-deep. 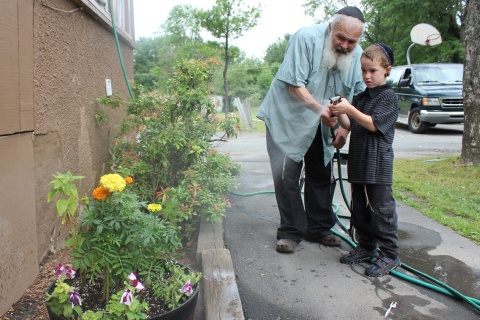 “The Renaissance is an immensely powerful, positive resource in our community,” says Rabbi Yosef Rosenberg of Yeshiva Zichron Mayir in Mountaindale. “It’s long been a dream of mine to involve the observant world, religious Orthodox Jews especially, in the fun of planting and gardening. And they’ve taken to it like ducks to the water.”

While Rabbi Rosenberg, who has a background in anthropology, appreciates the opportunity to teach his community about planting and growing, he says his first-time Renaissance project also built connections with his neighbors. Based in Mountaindale for nearly half a century, Zichron Mayir says 'welcome' to everyone with their entrance garden and fence.

“People could have driven by for years and not even known what was happening here,” said Rosenberg. “Now it’s a very inviting entrance.”

“It brings people from the community here,” says Venticinque. “The community is using the things we’ve done here to look at or relax in.”

And when people hang out at the gardens and benches in front of ATI, Venticinque said, he and his fellow advocates can do their jobs better.

“We sit out there and make small talk,” says Venticinque. “It’s the best way to get people to open up. You’re not asking them personal questions or delving into their lives. If you’re sitting there talking about this plant or that plant, they get relaxed and they open up and they speak with you.”

The Golden Feather Award-winning Narrowsburg Beautification Group also tapped into the beyond-beauty, pro-community vibe. Even the theft of entire planters full of flowers couldn't stop people and businesses in the community, who pulled together to complete a winning project. In the best Golden Feather traditions, Narrowsburg will put its $25,000 winnings towards an ambitious next-level project. Keep an eye out for the “Big Eddy Esplanade,” the future walkway that will stretch behind Main Street businesses along the Delaware River. 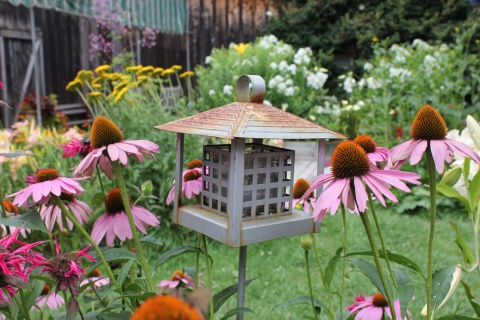 Best in Show: With flowers placed just about everywhere, the Forestburgh Playhouse won the $4,000 “Best Showing of Flowers Award – Maintenance.” 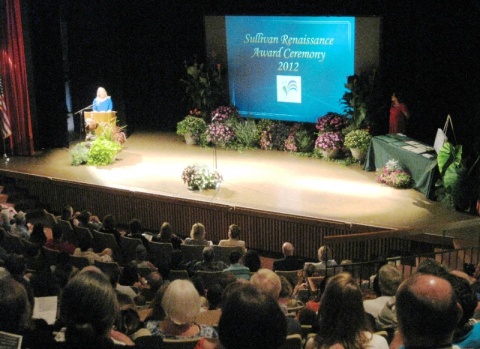 "Everyone will go home a winner,” said Sullivan Renaissance Chair Sandra Gerry, welcoming a capacity crowd at the 2012 Sullivan Renaissance Awards Ceremony. In addition to the seed money they received to start a project, and the cumulative positive impact they have on the community, even non-winning projects received Completion Grants.

Young Dillon Thomas Krieter watches the dragonflies off of the fishing pier that was a key part of this year's Dillon Park Renaissance project. Dillon is named after his ancestors – the family that also lent its name to the park in Monticello and the road it is on. 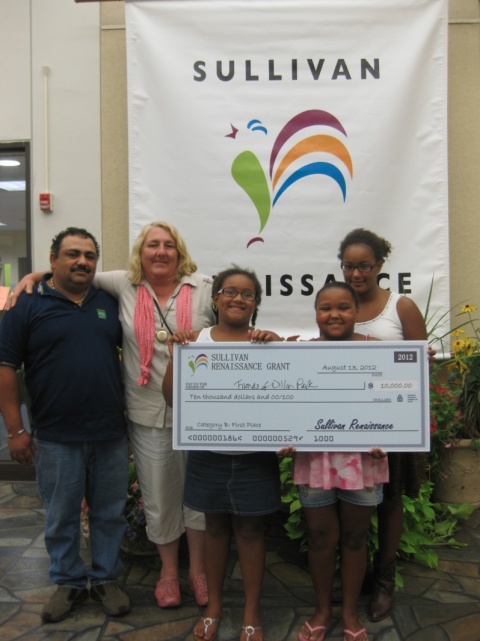 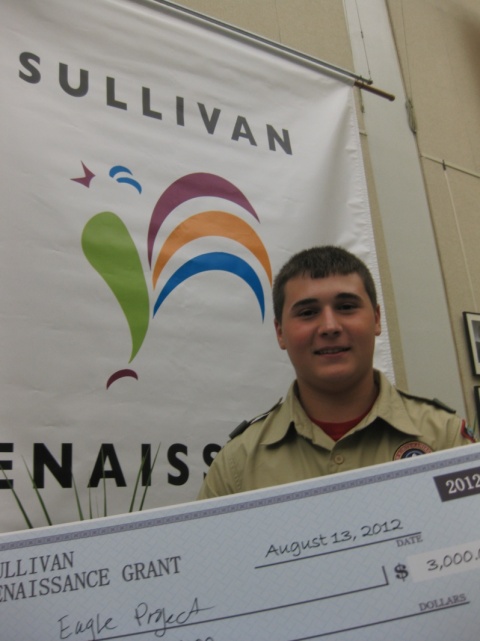 Life Scout and golf fan Stephen Herschel led his family, community, and fellow scouts in the construction of a new miniature golf course for the Town of Mamakating Park. The project won first place in Category A and $3,000.

Saving the Walton Theatre, one dollar at a time
Water, water everywhere