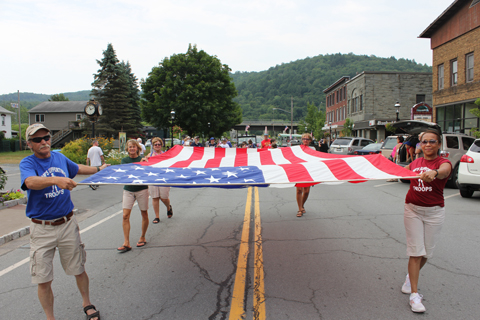 Above: Mom's Supporting Troops carries its flag in Roscoe's Independence Day parade on Saturday. The community group includes parents of recent and actively serving military. All photos by Jason Dole.

Call it “4th of July weekend, observed.” From Founder's Day in Wurtsboro to the UMC Chicken BBQ in White Sulphur Springs, Saturday sure seemed like another holiday in Sullivan County. The photos here come from two of those events – Roscoe's belated Independence Day Parade and craft fair Saturday morning, and the Town of Fallsburg's 9th Annual Francis Currey Day at Morningside Park later that afternoon.

Roscoe's parade was brief, but festive. Mom's Supporting Troops, a small group of military families in the community, continued their tradition of carrying a flag in the parade. Parents of actively serving military members marched, including Marlene Ballard and Vicki Schwarz. They marched for their sons: Capt. Curt Schwarz, USAF, serving in Afghanistan, and Capt. Chris Ballard, US Army, who will deploy there this September.

Service was a major theme at the 9th Annual Francis Currey Day in the Town of Fallsburg. Billed “A Celebration of Freedom,” the event honors the service of Hurleyville's hometown hero and Medal of Honor recipient Francis S. Currey by honoring all of those who serve their country and their community.

Representatives from all levels of government were on hand to honor that service, including Representative Chris Gibson (R-20) and Chris White on behalf of Representative Maurice Hinchey (D-22). Special recognition was given to the late Robert C. "Bob" Cole of Loch Sheldrake, US Army veteran and past Chief of the Hurleyville Fire Department, which was received by his family.

Francis S. Currey himself was not in attendence as he was resting up before cataract surgery. He sent word that he is looking forward to being at next year's Francis S. Currey Day, the 10th annual. 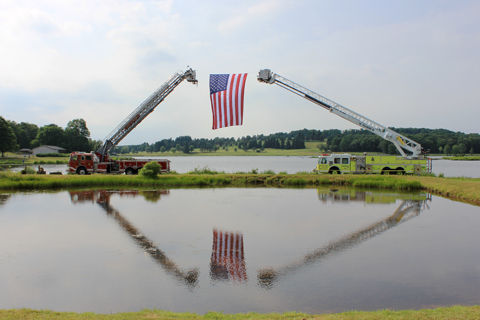 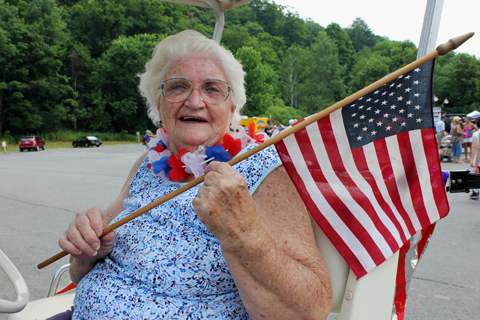 Betty Grossman greets you with a smile and a flag as you walk from the parade over to the craft fair. Grossman drove the last vehicle in Roscoe's parade. 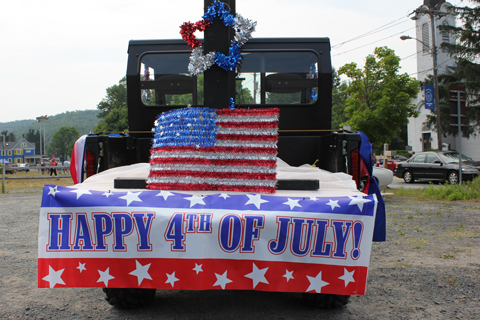 The date may have changed, but the celebration remained the same. 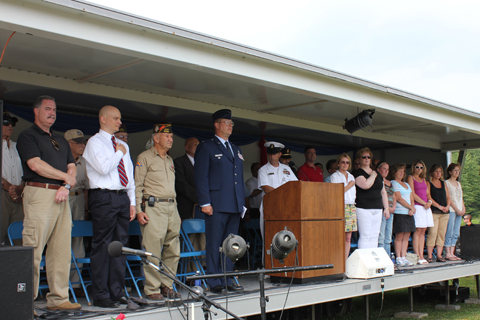 Veterans and representatives from all levels of government attended the 9th Annual Francis Currey Day in Fallsburg on Saturday.