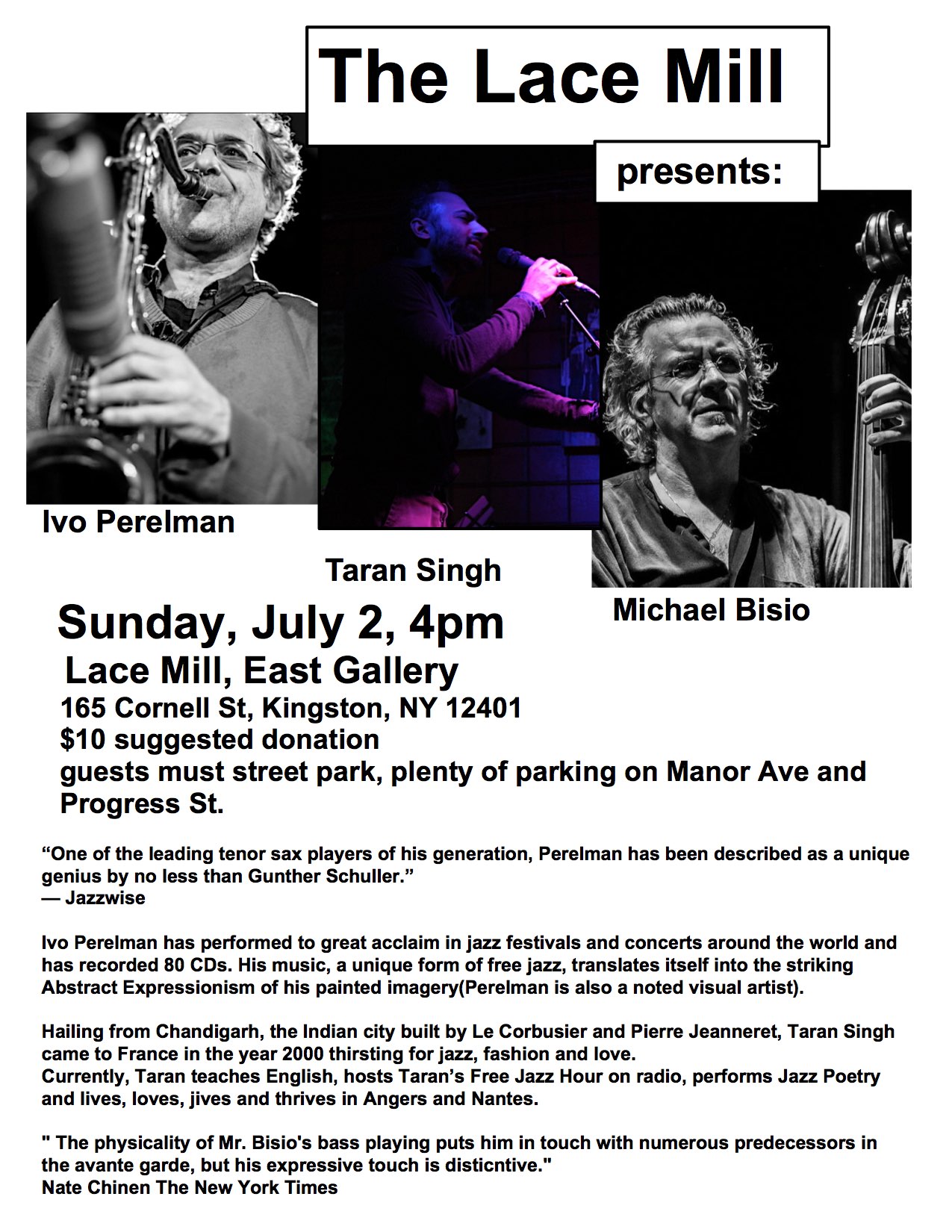 “One of the leading tenor sax players of his generation, Perelman has been described as a unique genius by no less than Gunther Schuller.”

Ivo Perelman has performed to great acclaim in jazz festivals and concerts around the world and has recorded 80 CDs. His music, a unique form of free jazz, translates itself into the striking Abstract Expressionism of his painted imagery(Perelman is also a noted visual artist).

Hailing from Chandigarh, the Indian city built by Le Corbusier and Pierre Jeanneret, Taran Singh came to France in the year 2000 thirsting for jazz, fashion and love.

" The physicality of Mr. Bisio's bass playing puts him in touch with numerous predecessors in the avante garde, but his expressive touch is disticntive."