As wave of heroin arrests sweeps Catskills, opioids get political 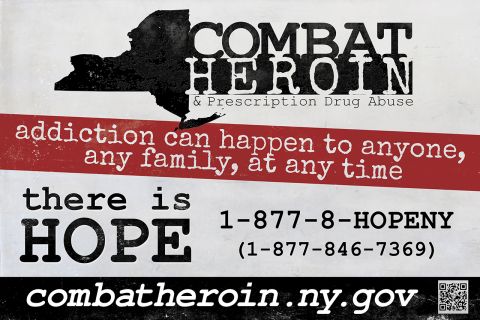 As a heroin epidemic spreads across the the Catskills, the topic of opioid addiction is driving politics in the region.

In the last two weeks, 13 people have been arrested in six major heroin busts in the Catskills. Two of the people arrested were teachers in Sullivan County schools.

Politicians and local officials are responding to heroin’s growing presence in the Catskills with task forces, hearing and calls for funding. They are also making opioids a central issue in the race for New York’s 19th congressional district seat, which covers the Catskills and the Hudson Valley in New York.

A bag of heroin sells on the street in the Catskills for about $10 per bag, a price almost anyone can afford.

The drug’s footprint is widening. In a press release about a recent arrest on Route 17B in Mongaup Valley, Sullivan County Sheriff Michael Schiff said that heroin distribution points appear to be moving west from Monticello into smaller towns and hamlets.

Since Feb. 10, over a dozen people have been arrested on heroin-related charges in the Catskills.

On Sunday, Feb. 21, a 19-year-old woman was arrested on Route 17B in the Sullivan County hamlet of Mongaup Valley after she was found to be transporting 96 bags of heroin to the Catskills from New Jersey, police say.

The woman, Nicole Carlaftes, gave a false name when the car she was riding in was pulled over for a traffic violation, but was recognized by a school resource officer who assisted at the scene and knew her as a former student from Liberty, according to a press release issued by the Sullivan County Sheriff’s Office.

Carlaftes gave the false name because she had an outstanding warrant for prostitution, police say. She is being held in the Sullivan County Jail on $25,000 bail.

On Friday, Feb. 12, a Monticello School District special education teacher was arrested along with her husband when 46 grams of heroin were found in their Rock Hill home in Sullivan County, according to the Times Herald-Record. The teacher, 43-year-old Simona Ballard, resigned from the school district last week, the paper reports.

That same day, Delaware County Sheriff Thomas E. Mills announced that three Delaware County drug dealers had been arrested for allegedly selling heroin in the town of Walton between Sept. 2014 and Jan. 2016. Forty-two-year-old Jenny L. Bowers of Delhi, 37-year-old Adam G. Green of Walton and 26-year-old Frank W. Mastrorocco of Walton were arrested and are being held in the Delaware County Correctional Facility without bail, according to a press release.

Also on Feb. 12, Ulster County’s special narcotics enforcement team arrested a man after allegedly observing him sell drugs in a vehicle at the corner of Route 214 and Main Street in the Ulster County hamlet of Phoenicia, according to a press release.

Thirty-eight-year-old Joshua C. Levine of Phoenicia reportedly fled the scene on foot and tried to dump the drugs before he was cornered by a Ulster County Sheriff’s Office police dog, police say. Levine was reportedly found with “a quantity of heroin, Suboxone and Xanax,” and is being held in the Ulster County Jail without bail.

On Thursday, Feb. 11, the Sullivan County Sheriff's Office Gang Intelligence and Narcotics Unit arrested two women who were allegedly in the midst of a drug deal in a car on Route 55 near the Java Love Coffee Café in the hamlet of White Lake, according to a press release.

Sixty-year-old Rhandye Dauch and 34-year-old Kassandra Demondo were arrested, and Demondo allegedly admitted that she had just purchased ten bags of heroin from Dauch for $100. Dauch, a substitute teacher’s aid who worked in the Fallsburg School District, had been arrested previously in 2015 when heroin and a syringe were found in the bathroom of an elementary a school.

Above: Heroin, drugs, paraphernalia and cash recovered in a drug bust in Walton on Feb. 10. Photo via the Delaware County Sheriff's Office.

On Wednesday, Feb. 10, four men were arrested in the Delaware County town of Walton after a police dog discovered 82 bags of heroin as well as pills, marijuana, syringes and $14,000 in cash in their car during a traffic stop on Route 209, according to a press release.

Thirty-four-year-old Nathan R. Williams, 37-year-old Adam G. Green, 32-year-old Patrick A. Ladd and 28-year-old Eric A. Black, all Walton residents, were arrested and sent to the Delaware County Correctional Facility on $150,00 cash bail. One of the men, Ladd, was a repeat offender who was on parole at the time of the arrest.

The sheer number of arrests and busts is forcing heroin onto the political front burner across the Catskills.

Today—Tuesday, Feb. 23—State Sen. James Seward is hosting a hearing of the New York Senate’s Joint Senate Task Force on Heroin and Opioid Addiction in Oneonta, on the northwestern edge of the Catskills, to discuss what he calls the “public health crisis” of heroin.

Last week, U.S. Sen. Chuck Schumer gave a speech in Kingston urging the use of $600 million in federal funds to fight what he called the “exploding heroin, opioid and‎ prescription drug epidemic,” according to the Daily Freeman.

On Feb. 2, Republican congressional candidate John Faso unveiled a detailed plan to combat heroin in the 19th district in an emailed press release. Faso called for more treatment for drug addicts, increasing public awareness of heroin and opioid abuse and beefing up enforcement.

Faso wants to increase penalties for dealers and putting more federal resources towards monitoring what he calls the "Paterson Pipeline:” the route that he says drugs take to the Catskills from northern New Jersey. Faso also called for tightening the border with Mexico, where he says the drugs are coming from.

Politics aside, however, the pain of the heroin epidemic is hitting home hard.

On Feb. 10, a forum about opioids was held at the Onteora Central School District in the Ulster County hamlet of Boiceville. The topic sparked a passionate and painful conversation about addiction and treatment, according to the Woodstock Times:

A frustrated father in the audience said his son goes missing, has threatened his father’s wife and explained a broken system where early on he could not get any help from the school. A mother told him that he was lucky his son was still alive, unlike her son. In the audience, someone yelled out that rehab didn’t work and, “they just feed you Xanax.” Frustration, sadness and confusion were served up on a plateful throughout the audience.