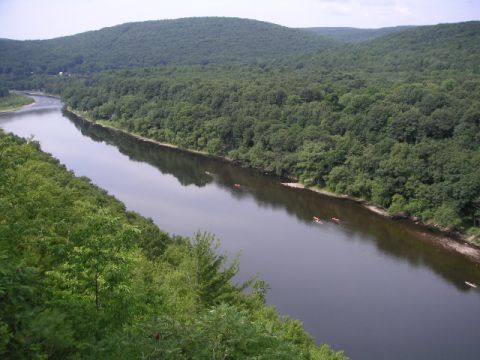 An 18-year-old man from Brooklyn drowned while swimming across the Delaware River on Saturday, Aug. 27, according to the New York State Police and the Times Herald-Record.

Jonathan Hernandez, who was visiting the Sullivan County hamlet of Barryville, was going tubing on the Delaware on Saturday afternoon when he decided to swim across the river, which divides New York from Pennsylvania.

Hernandez made it across the river to the Pennsylvania side but then "became fatigued" as he swam back to New York, according to the New York State Police, who investigated the incident. Soon, Hernandez "slipped below the surface," police say.

The Sullivan County Dive Team looked for Hernandez until dark on Saturday, but could not locate him, according to a New York State Police press release press release.

Searchers soon found Hernandez's body on Sunday, near the location where he had last been seen, a point where the river is about nine feet deep, according to the Times Herald-Record.

He was not wearing a life jacket, police say.