Retired doctor dies of heart attack while fishing the Esopus 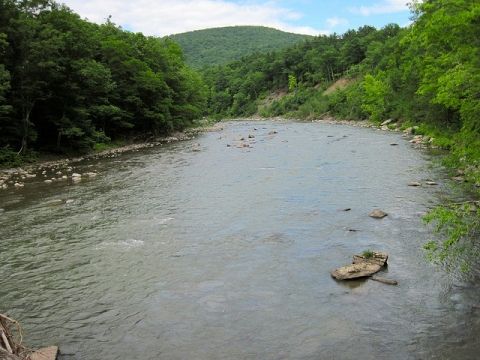 Above: The Esopus Creek. Photo by Flickr user ScubaBear68.

A 78-year-old retired doctor from New Jersey had a heart attack and died while fishing the Esopus Creek near the hamlet of Phoenicia on Thursday, July 14, according to a press release from the Shandaken Police Department.

Around 2:45 p.m. on Thursday, police received notice that Todoran had not returned from a fishing trip near the Ulster County hamlet as expected.

After searching the roads near the Esopus Creek, police found Todoran’s vehicle parked on Plank Rd. just west of Waterworks Rd., according to the press release.

They then searched the banks of both sides of the creek, but did not find Todoran, police say.

Members of the Phoenicia Fire Department found Todoran’s fishing rod in the center of the stream, police say.

After a two-hour search, Todoran’s body was found a few hundred yards downstream of the fishing rod around 4:30 p.m., according to police.

He had died of an apparent heart attack, police say.