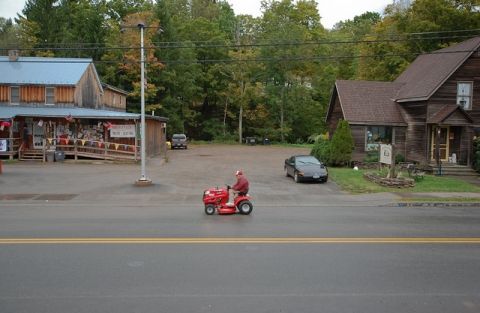 With a unanimous vote, the town board of the Delaware County town of Andes passed a local law banning oil and natural gas waste on Tuesday, Dec. 9, according to Tom Joyce, the Andes town board member who drafted the law.

The new law bans the sale, acquisition, storage, handling, treatment and processing of natural gas waste and oil waste within Andes town limits. It includes specific provisions on applying fracking waste to all roads within the town and disposing of such waste in the town dump or in the town wastewater treatment plant.

The new law joins Andes' prohibition on natural gas drilling and other heavy industry, which was passed in 2013.

Proponents of the law see it as a way to prevent fracking and other kinds of heavy industry from entering the small, rural Delaware County town.

"This is a wonderful thing," said Bob Lidsky, a member of the Andes Works! group that lobbied the town to pass the law.

"We are living within 100 miles of the frack fields of Pennsylvania, and we are surrounded by pipelines which will bring fracking closer and closer as time goes on," he said.

"Our hope was that by passing this, we can put another brick in the wall," said Joyce.

Fracking waste has been approved for use as a road de-icer in some counties in New York, according to Riverkeeper. Ulster County banned the practice on county roads in 2012.

Andes' fracking waste ban was inspired by Westchester County's law, which passed in 2013. Joyce used the Westchester law as a basis for the Andes law, he said.

Like Westchester's law, the Andes ban prohibits the use of fracking waste on all roads, even if they aren't town roads.

"Whether or not that would be upheld if that were challenged is the question," Joyce said.

Read the full text of Andes' new law below:

Vulto Creamery: Brooklyn’s celebrated cheeses, made in the Catskills
A good time on tap at the Andes Craft Beer Fest

Openings and a parade in Andes this weekend