Where are the cicadas? 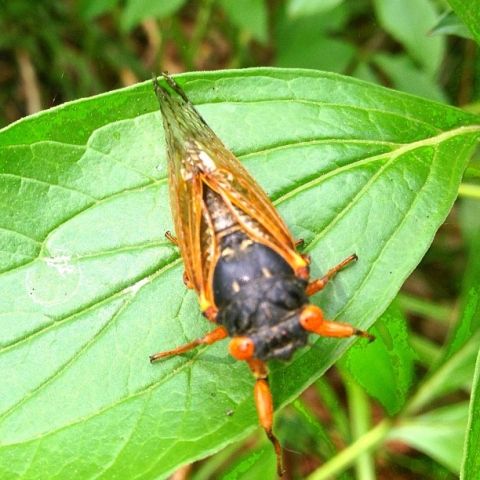 Where, indeed? After 17 years underground, Brood II has emerged across the Northeast in the last month or so -- but not everywhere. While some areas have been inundated by the creatures, others have nary a bug.

This week, tantalized by reports of mass emergences in towns along the Hudson River, the real-estate blog Upstater set out to find out where the cicada hotspots are. And they found one: On the Ulster/Greene county line.

We got curious and decided to go find them ourselves, so we hopped in the car and headed north on Route 9W from the village of Saugerties toward Catskill (we were actually on our way to walk around the waterfront park in Coxsackie and grab a Mission-style burrito from Mambo Burrito), and as soon as we hit the Greene County line, the noise from the cicadas became almost deafening. Although we couldn’t see them at first, the longer we looked into the lush forest that borders 9W near the Ulster/Greene line, we saw hundreds, perhaps thousands of them. Like star-gazing, the longer we looked, the more we saw. Talk about Apocalyptic. Many sacrificed themselves under the tread of our tires, and as soon as we hit the Catskill town line, the cicada calls stopped.

A look at the data from Radiolab's citizen-science-fueled Cicada Tracker shows that cicada emergences in the area in and around the Catskills are roughly following the paths of the Hudson and Wallkill Rivers.

Have you seen cicadas near you? Let us know in a comment -- and tell Radiolab about it, too. (For science.)