This weekend: Healthcare for art at Kingston's O+ Festival 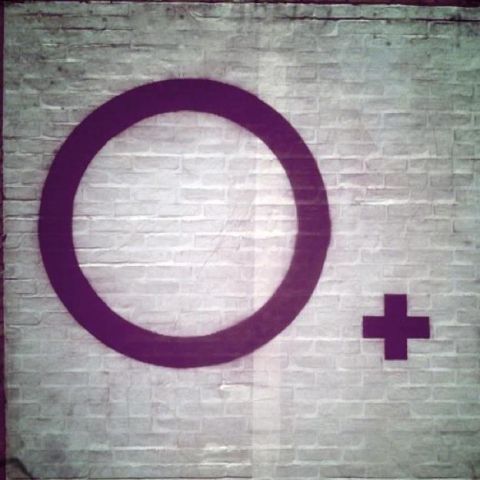 On Friday, October 11, crowds (and food trucks) will start to gather in Kingston’s Stockade in mid-afternoon, while the Kirkland Hotel buzzes with joyous and purposeful chaos. At 5:45pm, it’s time to strike up the band: a surreal and beautiful mob of giant puppets, mythical creatures and dancers of every sort will parade through these venerable streets, heralding a weekend bursting with art, music and well-being. O+ is on like Donkey Kong.

Kingston's annual O+ Festival is built around trading healthcare for art: an idea so simple it just might be revolutionary. The first fest, which took place in 2010, was sparked by a bargain struck between local dentist Tom Cingel and a band he admired. The idea caught fire, as smart people realized the brilliance of talent swaps between practitioners of the healing arts and the visual and performance ones.

Fest cofounder Alexandra Marvar has been in on the action since the beginning.

“I lived in the same Wall Street building as Joe (Concra) and Denise (Orzo) when we founded this with Dr. Art Chandler. What an experience," she said. "A lot of all-night work marathons and running around with walkie-talkies, constant brainstorming, knocking on all those doors."

Since its early, heady days, the festival has grown up considerably, Marvar said.

"The evolution has been beautiful. We have a board of directors full of amazing people, and the concept is no longer unfamiliar," she said. "We’ve all been modestly amazed by how well it goes, a little easier every year."

O+ got off to a rocky start. In the festival's first year, Marvar recalls, the group threw their three-day multi-venue bash without the support of the city powers that be.

“Building owners were getting cited for allowing the wheat-paste paste-ups. There was a ton of drama. But we did it and the sky didn’t fall," Marvar said. "This isn’t some chaotic brawl, it’s an event that people bring the family to. We have a varied roster of over 90 health care professionals actively involved. Mayor Gallo thinks it’s great, and it’s good to have earned that. Kingston has turned out to be surprisingly fertile.”

Throughout the three-day fest, uptown Kingston will be a living gallery, with paste-ups, sculpture, film, light installations and performance art, including work from internationally known street muralist Gaia. Musical headliners include the British “space-rock” band Spiritualized, playing Sunday night in the atmospheric Old Dutch Church. Throughout the weekend, 40 performances are scheduled in venues throughout the neighborhood including the church, Keegan Ales, Backstage Studio Productions, the Stockade Tavern, Boitson’s Restaurant, Elephant, and The Anchor.

The beating heart of O+ has always been the behind-the-scenes barter in which creatives receive vouchers for all manner of services, from dental cleanings to chiropractic work to mental health evaluations and follow-ups. Organizers say that while the Affordable Care Act is a hot topic among independent creatives and the health care providers who love them, it’s a long way from making O+ unnecessary. As Concra told the Times Herald-Record in a recent interview, health is a lot bigger than insurance:

"We talk a lot about insurance in our society but we don’t talk about wellness and care,” Concra said. “So O+ educates the community that health isn't just health insurance. It’s movement. It’s food. It’s connecting.”

In the realm of getting healthcare to people who need it, Marvar said, there is still a lot of work to do.

"We’re all glad the ball is rolling. That said, there’s a long way to go," she said.

This year's festival features a major expansion of the health care aspect for the general public: the Explo+re Wellness Weekend, a gathering of alternative practitioners offering education and services at St. Joseph’s School on Wall Street.

This year is also the first for O+ San Francisco, a sister event happening in the city's Mission District on November 15-17. Marvar and her co-conspirators are delighted the idea is taking root in other cities.

"I would love to see an O+ festival in Detroit or Cleveland. This year, people are coming from Vermont and Pennsylvania to check out how it’s done," she said.

O+ Festival. Friday, October 11 through Sunday, October 13. Multiple venues throughout uptown Kingston. All-access wristbands for the festival cost $25; available at the fest or online at Eventbrite. For locations of art installations and a full program of music, performance, and health and wellness events, see O+ Festival's Kingston website.