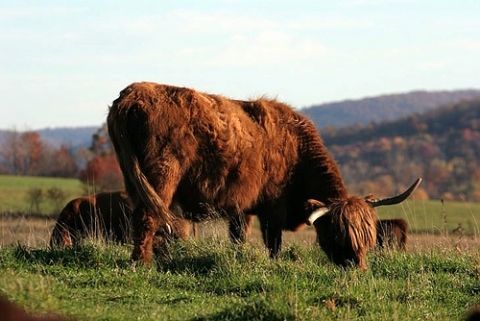 On Thursday, Dec. 19, the town board of Meredith passed a ban on heavy industry aimed at keeping hydrofracking out of the rural Delaware County town.

The Daily Star reports that four town board members voted for the ban, and a fifth, Paul Menke, was absent from the meeting.

The town held two public hearings on the proposed law earlier this month, which drew a mix of public opinion on the ban from local residents.

The law was drafted with assistance from two local land use attorneys: Nan Stolzenburg, of Community Planning and Environmental Associates in Schoharie County, and John Lyons of Grant & Lyons in Rhinebeck.

In her six years in office, Meredith town supervisor Keitha Capouya has been a staunch and outspoken opponent of gas drilling in the area -- and before that, of industrial wind energy. When she was first elected, in November of 2007, Capouya was swept to office on a wave of support from local opponents of industrial wind projects. In 2008, Meredith's town board voted to ban industrial wind turbines.

Passing the ban on heavy industry was one of Capouya's last acts as supervisor. In November, Capouya, a Democrat, lost her bid for re-election to Republican Jim Ellis.

At one of the town's public hearings on the new law, held on December 9, Ellis noted that his election had been widely viewed as a referendum on the new law, and urged the town board to hold off on passing it.

"I would ask that the council wait to make this decision, such as this, after the new Supervisor and town members are sworn in as there will be 40 percent new membership at your table," Ellis said. "To rush into the adoption of such a local law that will change the town forever would not serve our community well."

Transcripts of both public hearings are available on the town's website.

About 40 percent of the town of Meredith lies within the New York City watershed. In their proposed regulations on hydrofracking -- currently on hold while the state conducts a health review -- the New York State Department of Environmental Conservation is seeking to make all lands in the watershed, as well as the areas around New York City's water-system infrastructure and a 400-foot buffer zone, off-limits to gas drilling.

Andes, another Delaware County town that lies mostly within the New York City watershed, has also passed a ban on heavy industry aimed at keeping gas drilling out of the town. Another local gas drilling law -- a drilling moratorium that has long been a topic of controversy in the Delaware County town of Sidney -- prompted a spat between the law's supporters and the county's planning board, which sought to quash the moratorium. The moratorium was passed by the town board in a divided vote in February, but the law has been challenged by local landowners, and it is unclear whether it has legal force.

Below: The full text of Meredith's new ban on heavy industry.