Helping after Irene, 25 cents at a time 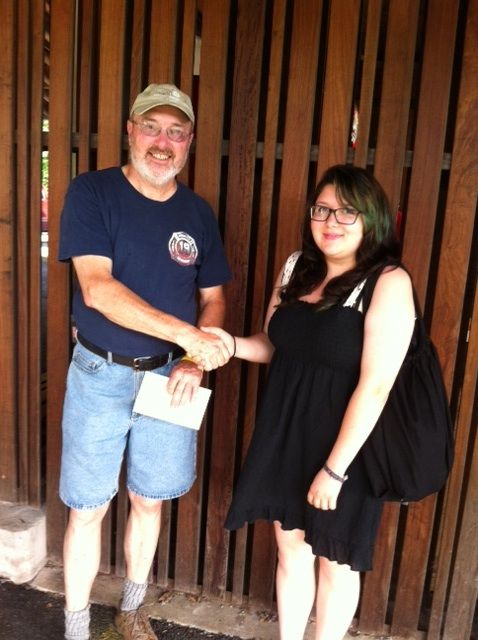 To commemorate the two-year anniversary of Tropical Storms Irene and Lee, which devastated communities across the Catskills on August 28, 2011, we are collecting your flood stories. To see all the submitted flood stories, click here. To see last year's "Faces of the Flood" photo project, click here. To submit a flood story, email it to julia.reischel@watershedpost.com.

When Hurricane Irene devastated the town of Margaretville, Sheniah Blake was a 15-year-old high school sophomore, trying to adjust to her new life at Island Coast High School in Cape Coral, Florida where her family had recently relocated. Although she was born in Connecticut, she had spent most of her summers in Margaretville, where her grandparents, Lenore and Ron Blake, have owned a summer residence for forty years.

The television and online photos of the destruction in Margaretville and at the Frost Valley camp she had attended the previous summer were deeply disturbing to her but being so far away, she felt unable to do anything to help. When her mom passed around some candy bars to ease the mood while they watched the terrible events on TV, she suddenly got the idea of selling candy to raise funds. Her high school history teacher, familiar with the Catskill Mountain area, was sympathetic to the idea and agreed to allow Sheniah to sell candy before class. She diligently hawked her wares at twenty- five cents each for the rest of the semester.

It was her dream to revisit the Catskills, see what had been restored and deliver the money in person. She finally had her opportunity, while on vacation this summer, to present the Margaretville Fire Department with a check for $100 in appreciation for their dedicated service during the flooding crisis in Margaretville.

Correction: An earlier version of this stopy mid-identified the fireman in this photo as Margaretville Fire Chief Gene Rosa.