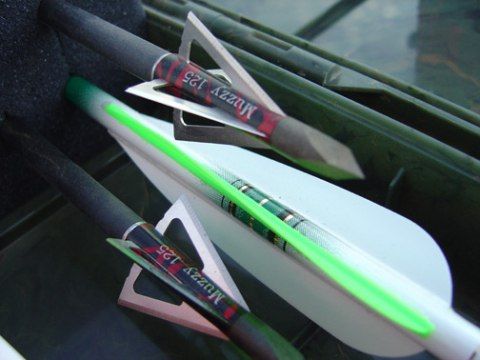 Early October is usually prime time for leaf-peeping in the Catskills. This year, it's time for deer-hunting too, thanks to a rule change by the state Department of Environmental Conservation that puts the start of the season about two weeks earlier than in previous years.

Bowhunting season for New York's Southern zone, which includes all of the Catskills region along with a huge swath of the rest of the state, began today and runs through November 16. Firearm deer hunting season begins on November 17.

Hunters are excited about getting an earlier start this year, the Rochester Democrat & Chronicle reports:

“It’s always great having more opportunity to be in the woods earlier in the season,” [hunter Nick] Faruch said. “This time of year, there’s no noise and usually not that many hunters.’’

Archery season is indeed a cherished time for those hunters who have spent countless hours scouting their plot of land and mastering their traditional long or modern compound bow.

It is a time when the woods are buzzing with wildlife making preparations for winter. When mature whitetail bucks leave bachelorhood behind, butt antlers and show off for the ladies in the pre-rut, all before a backdrop of radiant fall colors.

Also new this year: A three-day youth deer hunt over Columbus Day Weekend, when 14- and 15-year-olds with Junior Hunting licenses can hunt deer with firearms. Word from the hunting community is that New York State's bowhunters aren't too pleased with having to share the woods with firearm-wielding teenagers, though maybe getting an extra two weeks to hunt this year makes it an even trade.

Hikers should be aware that deer season draws a lot of hunters into the woods, especially during firearm season. If you're planning to ramble in the woods, wear bright orange, don't go bushwhacking off the trail -- and if you hike with a dog, make sure the dog gets an orange bandana or vest, too. The Trailspace website has some good tips for hiker safety during hunting season.

For more information from the DEC on deerhunting season dates in New York State, see the agency's website.