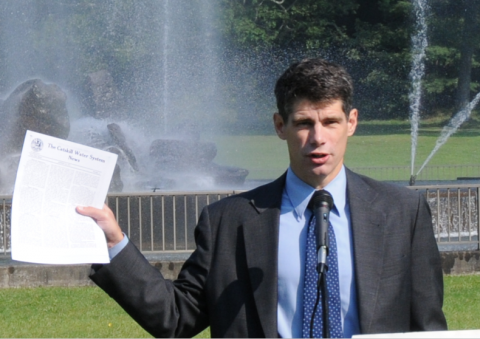 Above: DEP Deputy Commissioner Paul Rush at the Ashokan Reservoir this summer. Photo from the DEP, via Flickr.

The relationship between the New York City Department of Environmental Protection and the upstate communities who live in its watershed is usually a little tense. Locals tend to think of the DEP as a bunch of outsiders; city people who are out to buy up all available land in the Catskills so that Manhattanites can drink pristine unfiltered water. 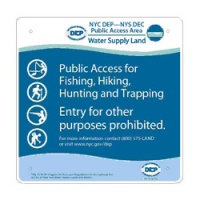 The DEP used to help that perception along by keeping its upstate lands largely inaccessible to its upstate neighbors. Not so long ago, you couldn't take a step on most of the extensive lands the DEP owns in the Catskills without getting a special permit from the agency itself.

But recently, the DEP changed course. The agency has opened up many of its Catskills properties. Now, when you see one of those blue DEP signs that reads "Public Access," you can wander onto the land under it right away, no special permit required.

Why did the DEP make that change? As it turns out, it was largely thanks to Paul Rush, the agency's Deputy Commissioner, who lives in the Catskills town of Grahamsville.

Rush addressed a room full of newly-elected municipal leaders throughout the Catskills last Friday at a "Leadership Institute" at Belleayre Mountain Ski Center organized by the Catskill Center for Conservation and Development. During his talk, Rush explained that he began agitating for open access after he once found himself on DEP lands without a permit.

"One afternoon, I was hunting on city land, and I had forgotten my DEP tag," Rush said. "I was thinking, 'I am violating our regulations, right now.' I had read something by [Delaware County Board of Supervisors Chairman] Jim Eisel in the paper the previous week about feeling like a criminal on city property, and now here I was. I started thinking, 'What is the problem with going on city land to hunt?'"

So Rush began asking that his agency loosen its restrictions on its Catskills land. So far, he's been pretty successful. You can see the long list of publicly accessible lands on the DEP's website.

The DEP's new public access program won't make all locals strip the "DEP Get Off Our Backs" bumper stickers off their trucks anytime soon. But it might ease what Rush calls a "point of friction" in a tough relationship.