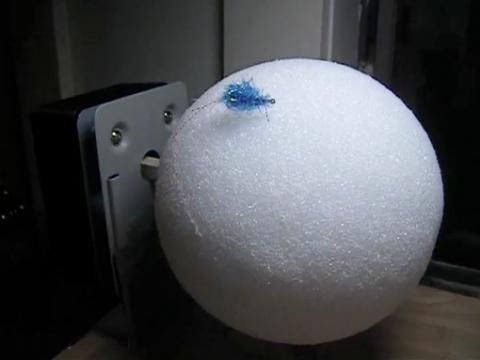 Happy fishing season opener day! Despite that sunny-sounding news, today doesn't feel very springy, and the New York Department of Environmental Conservation is warning that anglers making their first casts of the year might be disappointed:

"After a long, cold and snowy winter, we know that anglers are anxious to hit the water," said DEC Commissioner Joe Martens. "Unfortunately, a good portion of the state remains covered with snow, which may restrict access to streams and cause very high stream flows making early season angling difficult."

Still, the town of Roscoe, which is angling (ha!) for the title of America's Ultimate Fishing Town, is pulling out all the stops in its annual celebration of the season. Anti-fracking celebrity-about-the-Catskills Mark Ruffalo will make a ceremonial cast tomorrow at 7:30am, according to the Catskill Chronicle.

We think that Paul Cowell, who blogs about trout and fishing on Paul's Angling Journal, had found the best way to celebrate the beginning of trout season: he's invented an inexpensive fly dryer, made out of grill motor and a Styrofoam ball (pictured above). Cowell writes that the invention was the result of a challenge:

I was in the Angler’s Den fly shop around a month ago and one of the guys there challenged me to build an inexpensive but effective fly dryer. “Many have tried before you!” he said, adding that most units can cost up to $60. It’s not good to challenge someone who makes-things-go for a living to build such a simple thing :)

Trout season opens across the Catskills

“Living in paradise:” The economics of Catskills outdoor recreation