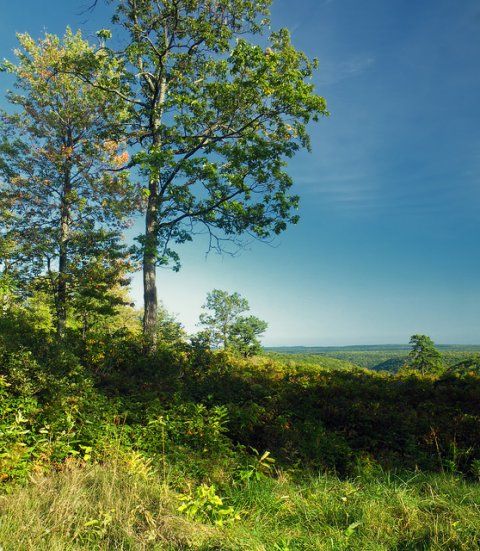 UPDATE: The day we published this post, PA governor Edward Rendell signed a moratorium on any further gas development in state forests. Wonder if he reads National Geographic.

Pennsylvania may own the trees in its state forests, but the state doesn't have much say over what goes on beneath their roots. Incredible as it now seems amid the Northeastern gas boom, Pennsylvania never bought the mineral rights to many of its state-owned forest lands and parks. What this means, according to a recent in-depth story in National Geographic, is that in many cases, the state is powerless to keep Marcellus gas rigs out of its most beloved state parks and recreation areas.

And even though this is ostensibly a protected area, the Commonwealth of Pennsylvania did not purchase the subsurface mineral rights for the vast majority of land in its 117 parks when the recreation areas were established decades ago. State officials fear there is little they will be able to do to stop gas development in the Pennsylvania park system, including at popular Ohiopyle, the park where the pressure for gas exploration has been most intense.

New York State is currently drafting its own regulations to govern gas drilling in state forests. The DEC is accepting public comment on their proposed regulations until this Friday, October 29, so if this is a topic dear to your heart, you might want to send them a letter. For more background -- and the whopping 338-page report the DEC drafted on the topic -- check out our September 24 story on the prospect of hydofracking in New York state forests.