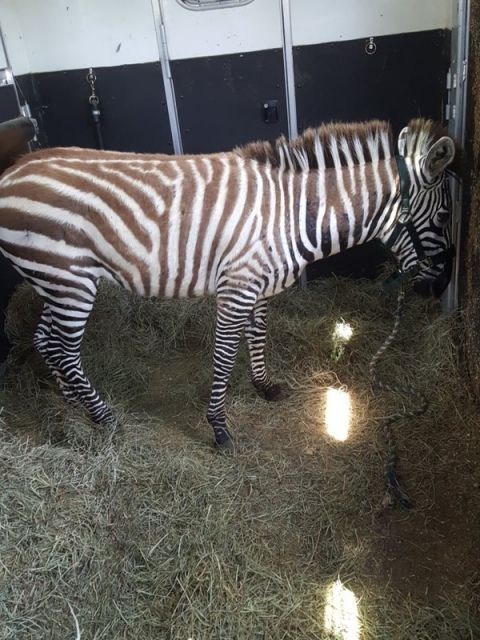 Above: Zula the zebra, in a widely distributed photo of the animal by Richard Myer.

Many humans have fallen to their deaths hiking in Kaaterskill Clove, a steep and scenic gorge that runs along windy Route 23A through the Greene County hamlets of Palenville and Haines Falls. Now a zebra has been added to the clove's body count.

The body of Zula, a 200-pound plains zebra, was found on Monday, May 16 at the bottom of a cliff in Kaaterskill Clove, according to media reports and the New York State Department of Environmental Conservation.

DEC forest rangers, New York State Police and volunteers spent days combing the trails of the clove searching for zebra, which had been missing for five days. The animal's disappearance and death made headlines across New York state.

The zebra, which reportedly bolted from its owner, Richard Myer, on Thursday, May 12, was five months old. It's unclear if Myer had the proper authorization to own the animal, according to the Daily Mail, and People Ethical Treatment of Animals (PETA) is calling for a USDA investigation of the incident.