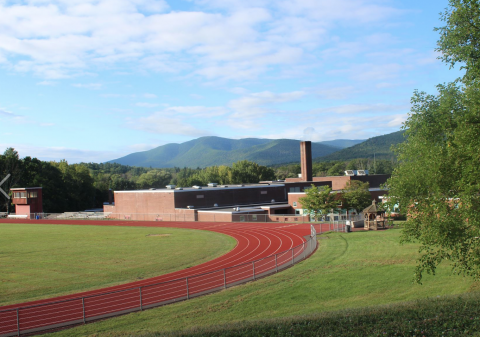 Above: Onteora Central School. Photo via the school's Facebook page.

A 14-year-old Onteora School District student has been charged in connection with a bomb threat that prompted the evacuation of the school on Thursday, Sept. 22, according to a statement from the Ulster County Sheriff's Office.

The student, who is not being named, was charged with a class E felony for falsely reporting an incident in a second degree, police say.

According to the statement, school staff found a note in a school bathroom around 10:30 a.m. on Thursday that stated that a bomb was about to go off on campus, police say.

An explosive detection dog from the New York City Department of Environmental Protection assisted with the investigation.

The threat was determined not to be credible, police say. The student was released into the custody of parents and has been referred to Ulster County Family Court.

Staff at Onteora Central School District did not respond to several requests by the Watershed Post for more information about the incident.