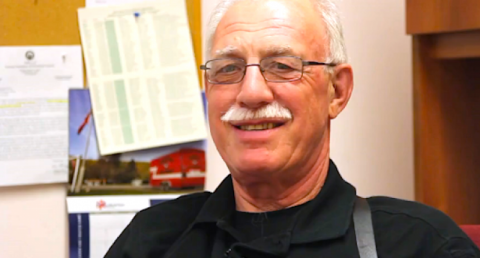 The budget was supported by eight supervisors, with five voting against it. Two supervisors were not present.

The supervisors approved a tax increase of 3.54 percent—which exceeds the state tax cap of .73 percent—to fund a $72 million public budget. The vote followed months of belt tightening by the finance committee.

County budget officer Bill Cherry originally called for a 5.81 percent tax increase in September. That number was too untenable for supervisors, who managed to slash the tax hike down to 2.5 percent by early November.

However, in a surprising announcement last week, it was revealed that the county's sales tax revenue was expected to be at least $550,000 less than anticipated, bringing the levy back up to the 5 percent range in one swift motion before further budget cuts brought it down to 3.54 percent yesterday.

Among the hardest hit by the two waves of deep cuts was the Sheriff's Office. The original budget called for the office to hire a new investigator, buy two new patrol cars and procure a new trailer to replace the one that its corrections officers have been housed in since their offices were damaged during Tropical Storm Irene in 2011.

The revised budget forces the department to repair the existing trailer and only allows for one new patrol vehicle.

At last night's meeting, Sheriff Tony Desmond asked the board of supervisors to compromise, pleading for them to approve at least the hiring of a new deputy in July to go through the police academy at a cost of $19,000.

"I think the people in this county deserve to have police coverage,” Desmond said.

He cited an increase in crime, which he attributed to the county's growing struggle with heroin use, and said that the Sheriff Office’s manpower is already so stretched that it cannot afford to patrol between 1 a.m. to 5 a.m. every morning.

“For four years, the Sheriff's Office has lived in less than ideal conditions,” Desmond said. He added that morale within the department is low.

The county’s supervisors were sympathetic, but unmoved.

"Sheriff Desmond is absolutely on the nose," said Gilboa Supervisor Tony VanGlad, adding that he felt badly that they could not finance an extra position.

Board Chairman Earl VanWormer said that the county board "can reconsider if the budget is going well."

The approval of the 2016 budget also signalled the end of county treasurer Bill Cherry's role as budget officer.

Steve Wilson, the newly hired county administrator, will take over the responsibility of budget officer from Cherry at the end of the year. Wilson, who began his position just three weeks ago, had a limited role in this year's budgetary process.

Commenting that "it's been an honor and a pleasure," Cherry thanked the board of supervisors for entrusting him with the responsibility of crafting the county's budget for the better part of the last twenty years.

"I credit my fellow department heads and the county employees for their dedication and hard work, which has made my job as budget officer so gratifying,” Cherry told the Watershed Post after the meeting.