Nine-year-old finds razor blade in a bag of Skittles 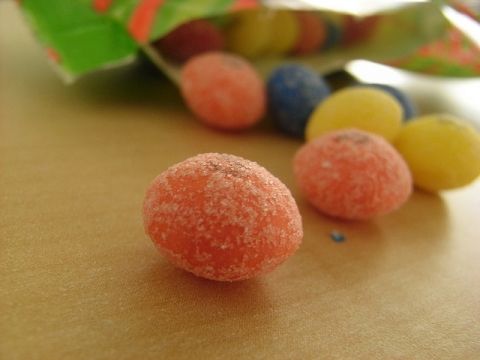 Police are investigating how a rusty razor blade got inside a bag of Sour Skittles that was given to a trick-or-treater in the Delaware County town of Roxbury on Halloween night.

According to a press release issued by the New York State Police, the razor blade, an "X-ACTO-knife-type razor blade," was discovered when the full-size, 1.80-ounce bag of Sour Skittles was opened on Monday, Nov. 9.

According to the parent of the 9-year-old child who found the razor blade, who asked not to be named in this story, the child opened and ate most of the package of candy on Monday night.

The child found the blade at the bottom of the package, the parent said. The blade was a small, angled strip of metal of the kind you would load into an X-ACTO knife.

"It was really old and rusty, and very small," the parent said.

The child was uninjured.

"But who knows if it was a little ripped or not," the parent said. "I decided to call the cops, just in case any other parents find something."

So far, the parent has not heard any more reports of razor blades found in candy.

The police have interviewed the people who gave out the package of Skittles and have traced the candy to the CVS Pharmacy in Margaretville.

Despite those efforts, "the investigation has not been able to identify the source of the razor blade," the press release states.

A person answering the phone at the CVS Pharmacy in Margaretville, where police say that the bag of candy was purchased, declined to comment on the incident.

A spokesperson for Skittles did not immediately return a call for comment.

Police recommend that parents in the area "thoroughly check all candy prior to consumption."

Updated, 4:15 p.m.: Michael DeAngelis, the senior director for corporate communications at CVS, has emailed us to say that the Margaretville CVS has removed Sour Skittles from its shelves while police investigate. Here is his statement:

We are aware of this complaint and are working to learn more from the State Police about this allegation. We have received no customer complaints about candy purchased at our CVS/pharmacy in Margaretville. However, as a precautionary measure we have removed Sour Skittles from the shelf at this store while this matter is investigated further.