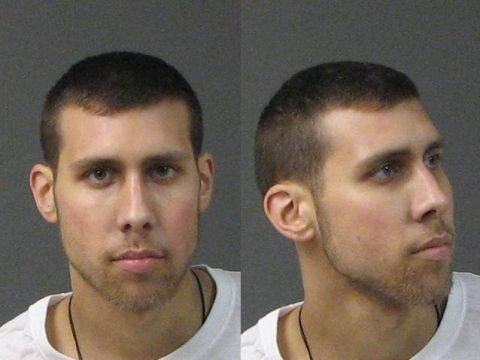 The Ulster County Sheriff's Office waited eleven days to release the name of a suspect who was shot by police after a car chase through several towns. But on Saturday, April 26, deputies finally named the man in a public news release: 20-year-old Brandon Rifenburg of High Falls.

Rifenburg was shot while being taken into custody on the night of April 15, after leading local and state police on a car chase that ran through Marbletown, Kingston, Ulster and Saugerties before ending on Route 28 in Hurley. Police say that after a dispute with a family member, Rifenburg stole a car from the Vly-Atwood neighborhood in Marbletown, then sped away from an officer who attempted to stop the vehicle.

During the police pursuit of the stolen car, Rifenburg drove through two sets of tire deflation devices set up to stop the car. Police say he lost control of his damaged vehicle while trying to ram two police cars that were pursuing him.

Rifenburg was shot twice in the chest while being taken into custody by an Ulster County sheriff's deputy. He was taken to Kingston Hospital and transferred to Albany Medical Center, where he underwent surgery.

Rifenburg was arraigned in Hurley town court on Friday afternoon, shortly after his release from the hospital. He is charged with a laundry list of felony and misdemeanor offenses: fourth-degree grand larceny, two counts of third-degree criminal mischief, one count of second-degree criminal mischief, first-degree reckless endangerment, fourth-degree criminal possession of stolen property, third-degree unlawful fleeing a police officer in a motor vehicle, reckless endangerment of property, second-degree criminal nuisance and 20 different traffic infractions. He was remanded to the Ulster County Jail in lieu of $5,000 cash bail or $10,000 bond. More charges may be filed, police say.

The shooting of Rifenburg by a deputy is under investigation by the New York State Police and Ulster County District Attorney's office. Ulster County Sheriff Paul Van Blarcum said shortly after the incident that his office would cooperate fully with the investigation. The name of the officer who shot Rifenburg has not been released, nor has the department said whether the officer is still on active duty.

Since the April 15 incident, rumors have been swirling online and in the community about the case, including speculation that the suspect had been killed by police.

Ulster County District Attorney Holley Carnright, who has a reputation for being tight-lipped about ongoing cases, defended the decision not to release Rifenburg's name after the shooting in an interview with the Daily Freeman a few days after the incident, calling it "standard procedure" in a case that will go to a grand jury:

“I don’t think it’s appropriate to disclose information about an ongoing investigation,” he said.

“It’s the policy I’ve had since I’ve been here. I’ve been here six years, and...I don’t disclose information that’s pending before a grand jury. I’m not going to start now. This is how I handle these matters.”

Carnright could not immediately be reached for comment on Monday morning.