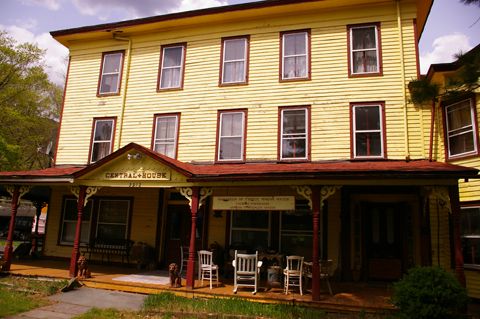 In a curt decision issued on Tuesday, Nov. 18, the New York State Court of Appeals ruled that the Maetreum of Cybele, a monastic branch of Paganism with a headquarters in the Catskills, is entitled to a religious property tax exemption from the Greene County town of Catskill.

The decision ends a five-year court battle between the Maetreum and the town. Beginning in 2009, Catskill refused to grant the Maetreum a property tax exemption for the group's Palenville headquarters. The town's lawyers argued that the building did not qualify because it was used as a residence by the religion's founder and some of its followers.

The Maetreum and its lawyers countered that the Maetreum's use of the property was similar to that of a convent or monastery, meeting the state's requirement that tax-exempt organizations use their properties "exclusively" for religious or charitable purposes. In addition to living there, the Maetreum's priestesses use the property to conduct ceremonies and host community gatherings.

The case went up the judicial food chain, with the Maetreum winning three out of four rounds before the Greene County Supreme Court and the Appellate Division of the Supreme Court.

The town of Catskill appealed the case to the New York State Court of Appeals, the state's highest court, which decided to hear it in the spring of 2014. Oral arguments were held on Oct. 21, according to the Albany Times Union.

Today's ruling should end the matter once and for all. The three-page decision's tone and brevity make it clear that the Court of Appeals judges were not persuaded by the town's arguments. They dismiss the town's reasoning in a single sentence:

[The Maetreum] adequately established its entitlement to the RPTL 420-a exemption, as the proof at the trial established that petitioner "exclusively" utilized the property in furtherance of its religious and charitable purposes.

"There was no new analysis, no new statement of law," said Deborah Schneer, the attorney for the Maetreum. "This case fell squarely within the existing precedent and case laws."

The Daily Freeman, the Daily Mail, the Times Union and the Wild Hunt have more interviews and analysis about the Maetreum's win.

Read the full decision below:

Judge: Town's treatment of pagans may be discrimination, February 27, 2011

Maetreum's opposition to Catskill's motion for leave to appeal, January 2014