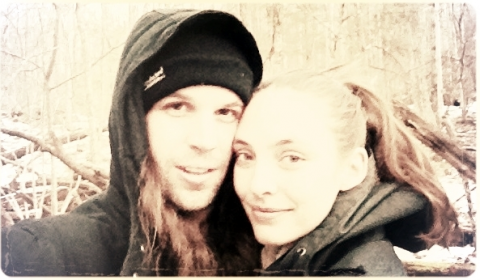 Vice President Joe Biden was indeed at the Emerson Resort & Spa in Mount Tremper on Saturday, August 30, according to Tony Lanza, a spokesman for the resort. Biden was part of a wedding party that stayed at the resort and attended several events there.

"We were delighted to host the wedding party at the resort," Lanza said.

I previously reported erroneously that the wedding ceremony itself was held on the grounds of the Emerson. In fact, the ceremony was held at the private Mount Tremper home of the couple, according to an article by Jill Ribich, the wedding coordinator for the event, published in the Catskill Mountain News on Wednesday, September 3.

Lanza confirmed the high-ranking visit, but said that he couldn't give any details. Calls to the Vice President's press liaison were not immediately returned.

The secret has been out for days.

The Poughkeepsie Journal got wind of the visit on Saturday, and did some bang-up reporting on the wedding that the Vice President appears to have attended in nearby Mount Tremper:

Joe Biden and his wife, Jill, paid a visit to Ulster County on Saturday for a "private event."

Festivities celebrating Bracco's marriage to Jamie Biden, the son of Joe Biden's brother, James Biden Sr., kicked off on Thursday, according to the website amyplusjamie.com.

According to the wedding website, Jamie Biden and Amy Bracco got married "in the woods" in Mount Tremper.

Ulster County law enforcement personnel were on high alert on Saturday, and passers-by the Emerson Resort on Route 28 noticed a massive security presence at the resort on Saturday, including officers sporting tactical SWAT-style gear. Sources said that an event featuring a band played at the reception on Saturday night.