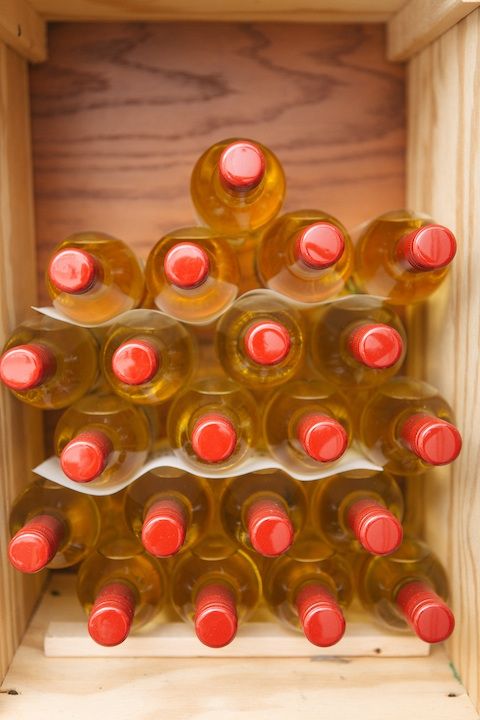 Hard cider is the fastest-growing beverage in the alcohol industry—and it’s right at home in upstate New York, a region that’s home to dozens of orchards. A new group of cider makers are taking the trend and giving it a regional twist, using high-quality local produce and employing that famous Catskills tenacity.

Hudson Valley Cider Week, which begins on Friday, is the perfect time to try local cider. Tastings and events are being held from Yonkers to Albany, with fifteen regional cider makers participating.

The pomaceous bounty of the Catskills has converted more than one maker of beer or wine into a preacher of the cider gospel. Edmund Tomaselli, who runs the Yankee Folly Cidery (69 Yankee Folly Rd., New Paltz, 845-255-1155, yankeefollycidery.com), comes from an Italian winemaking family who turned to cider after landing in Woodstock.

When Tomaselli came back to upstate New York as an adult, he hoped to restart the tradition. He didn’t exactly have a family recipe for reference—he joked that his parents “threw apple juice in a keg” and hoped for the best—but he did recall one piece of advice from his father: “He told me the best apples come from Jenkins-Lueken Orchard.”

Not only was the orchard’s owner, Eric James, happy to provide fresh-pressed juice for Tomaselli’s cider; he also offered Tomaselli the use of a former storage shed on the edge of the orchard in the Ulster County town of New Paltz.

Eager to expand his operation, Tomaselli transformed the space into a commercially outfitted cidery, and a partnership was born. The result: a refreshing, European-style (meaning still, not sparkling) cider that’s been steadily gaining fans across the region.

A similar story comes out of the nearby Kettleborough Cider House (277 State Rte. 208, New Paltz, 845-419-3774, kettleboroughciderhouse.com). Founder Tim Dressel spent his childhood on his family’s apple farm before attending college at Cornell University. While there, he took a summer job at a Finger Lakes winery and studied viticulture (grapes) and oenology (winemaking). After college, he returned to the farm, where he was able to put his new knowledge to use.

“Since I already had a steady supply of apples, the adjustment from wine to cider seemed natural,” Dressel said. He soon began planting cider apples, and the rest was history.

According to Andy Brennan, owner of Aaron Burr Cidery (Wurtsboro, 845-468-5867, aaronburrcider.com), high levels of acid and tannins (which produce juice that ages better) distinguish cider apples from everyday apples. Brennan got his start making beer, but gave apples a try after moving to rural Wurtsboro in Sullivan County. The push to go pro came from the economic downturn; after losing his job, Brennan turned his focus to full-time cider production.

“This business fit a lot of personal goals we held, including creating a product that could be made in this somewhat impoverished region and exported to surrounding areas, bringing new income to the whole community,” said Wilcox.

Wilcox and Vitti make a series of ciders they call Awestruck, which come in three flavors: eastern dry, hibiscus ginger and lavender hops.

Below: Three flavors of Awestruck Ciders. Used with permission.

Wilcox says that the “less than glamorous” parts of the job—namely cleaning bottles and equipment—are a constant. Many cider makers work seven days a week, and there’s no seasonal break as there is in other agricultural work.

“The harvest is only the midway point,” said Brennan.

But the industry isn’t without its perks. For Wilcox, seeing the Catskills community step up to support the product is the most exciting part.

“These are people who don’t know us and have no reason to help us out,” she said. “But they’re trying our product, they’re liking it, and they’re saying, ‘We’ll do it, we’ll put it on our shelves.’”

As for Dressel, he gets the most satisfaction from the scientific aspects of the work.

“From planting and growing an apple tree to the fermentation process, it’s a fascinating endeavor,” he said.

Brennan feels that the work connects him to nature, likening it to a kind of spiritual fulfillment that can’t easily be sacrificed for higher profits.

“There’s a lot of love in each 750-milliliter container,” said Wilcox, and the others echo her sentiment.

Hudson Valley Cider Week. Nov. 14 to Nov. 23. Many Catskills restaurants are getting into the cider spirit: Aroma Thyme Bistro in Ellenville is hosting a cider and cheese tasting on Sunday, Nov. 16, and the Andes Hotel in Andes is offering four-course meal paired with local cider on Saturday, Nov. 22. For a full list of cider week events, go to ciderweekhv.com.