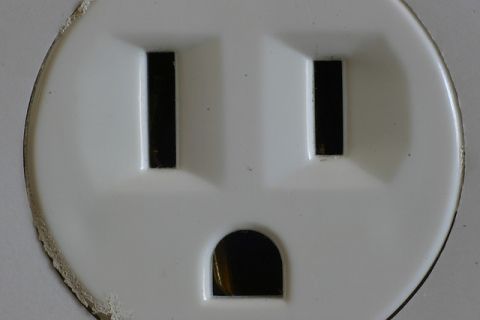 A power surge during a large snowstorm caused electical outlets to smoke and pop in six houses in the Schoharie County town of Middleburgh early on Wednesday, Dec. 10.

"We get power outages and power surges like that, but nothing of this magnitude, where the outlets were actually smoking and people were hearing popping noises," Devlin said. "One house had six electrical breakers break at once. One resident's electronics did catch fire. The houses, thank god, didn't catch fire."

Six different residences called in reports of smoke between 12:38 a.m. and 2 a.m., Devlin said. At 2 a.m., National Grid cut the power to area where the complaints were coming from, he said. After that, the calls stopped.

The cause of the power surge was probably downed power lines felled by snow and ice from the large nor'easter snowstorm, Devlin said.

Patrick Stella, a spokesman for National Grid, said that he could not confirm whether the specific incident had occurred, but said that it was possible. The nor'easter caused widespread power outages throughout the power company's territory, Stella said.

"Over the last 24 hours we've seen a lot of tree damage," Stella said. "Those trees are hitting our lines and they can cause problems. We have seen in the past where if one wire comes down on another wire, it will send that power down the line."

On Wednesday afternoon, Devlin said that the power was still shut off to the homes that had experienced surges, and that National Grid crews were going from house to house to turn the power on safely.

Stella confirmed that 450 National Grid employees were responding to the storm on Wednesday.

The Middleburgh Fire Department is on high alert as well.

"We're still standing by," Devlin said on Wednesday afternoon. "There's a lot of guys that took off of work today to make sure that they are available when the power comes back on."