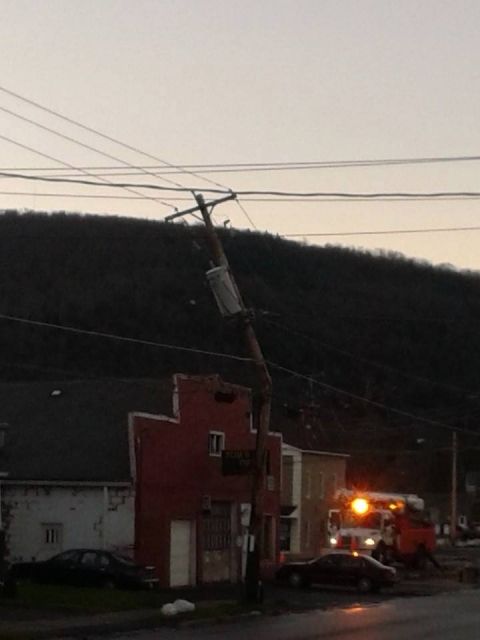 A windstorm that moved through the Catskills region in the early-morning hours of Monday, Nov. 18 hit especially hard in Walton, damaging utility lines and leaving most of the town without power.

According to NYSEG's outage map, 1431 customers in the village of Walton and an additional 686 customers in the town were still without power as of mid-morning on Monday. The Walton Central School District cancelled all classes for the day.

Richard Bell, director of the Delaware County Department of Emergency Services, said that many of the widespread power outages were caused by a snapped pole near Tom's Tire Barn, a business on Liberty Street in the village.

"[NYSEG] has to restore power there, but in order to to that, they had to take out power to the rest of the village," Bell said. "There's sporadic things in the rest of the county, where trees are still down on lines here and there. The big culprit is the one that snapped."

Winds in the region hit 40 to 50 miles per hour during the storm, according to data from the National Weather Service in Binghamton.

A few scattered power outages were reported elsewhere in the Catskills. As of mid-morning on Monday, 129 customers in Woodstock were still without power, according to Central Hudson's outage map.

Update, 12:15pm: As of around noon on Monday, NYSEG's outage map reports that power has been restored in Walton.

Update #2, 5:15pm: NYSEG's outage map, which earlier had reported all outages fixed, now shows about 400 households still without power in Walton. Estimated restoration time, according to the NYSEG website, is 10 p.m.

A NYSEG spokesman contacted earlier in the day did not have any information except the data from the outage map.

Below: Another damaged utility pole in Walton. 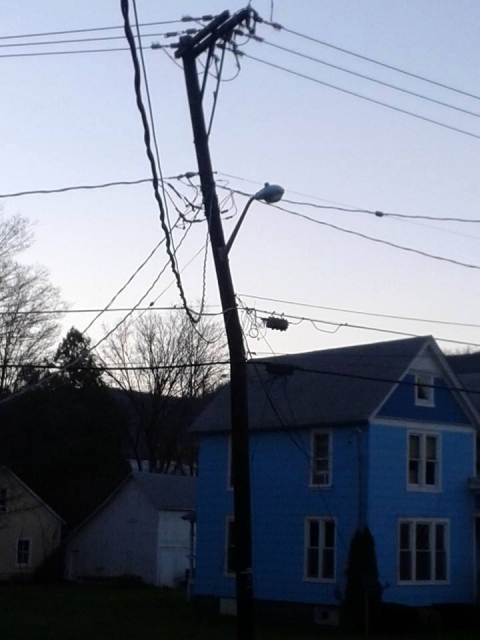