Drama in the stacks at the Fairview Library 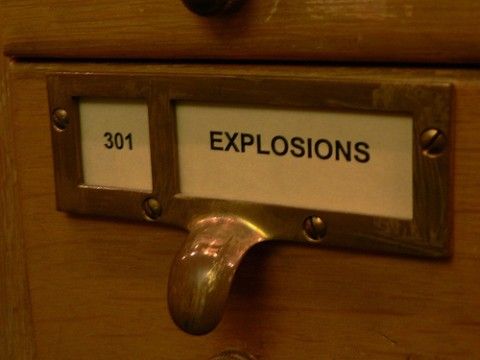 In a small town, everybody's entangled with their neighbors, even those whose job it is to stay out of the fray: News reporters. Every community newspaper eventually comes up against a story that defies their best efforts to play the role of neutral observer.

Editor’s note: Small town newspapers frequently find themselves conflicted when covering news stories. Our employees serve many roles in the community that sometimes put them and the newspaper in conflicting positions. That situation is unusually apparent with the preceding article. The story was written by Pauline Liu who is a former trustee of the library and is married to Joe Moskowitz, who ran against then-candidate Miller in last November’s election for town supervisor. Doris Warner, who serves on the library’s board as its vice president, is also the advertising sales manager for the Catskill Mountain News. Other News writers also have ties to the library. Brian Sweeney’s mother is a part-time employee of the library and reporter Jennifer Kabat recently finished a term of service on the library’s board of trustees. All that said, we have worked hard on this story and feel it is a fair and accurate reporting of the event. — Dick Sanford

(To which we might add: Sweeney also serves on the Middletown town board with Miller.)

The story focuses on a recent dustup between Miller and library trustees over the budget, which Miller claims is being mismanaged. But Liu digs up some backstory, and makes it clear that the library has been something of a white whale for Miller for years:

Miller has had a contentious relationship with the library that spans nearly a decade. She was first elected to the board of trustees in 2003 but left in 2004 when her attendance record at board meetings was criticized. She later said that her poor attendance was due to caring for aging parents and the fact that she was never properly informed as to when the meetings were being held. In 2005 and 2006 she applied for the position of Fairview’s library director but was twice rebuffed. In 2007 she penned a long letter to the News in which she threatened to sue the board and was particularly critical of board president Steve Tanzer whom she said was, “unfit to serve as a library board member and should go.” He did not.

Miller, never at a loss for words, has plenty of quotable quotes. E.g.:

“I say, holy crap, how are they going to be here five years from now?” [Miller] said. “Frankly, now, I’d rather be home having a drink, but I think libraries matter,” she added.

Kudos to the Catskill Mountain News for laying out their own tangled relationships with all the players up front -- and for writing a story that's sure to raise hackles in town government. A spat over a library budget may seem like small potatoes as news goes, but in a town like Middletown, this is high drama, and readers deserve to hear it.

A quibble for the News, though: If you're going to mention (and quote from) Miller's blog, why not link to it? Here's Miller's post from her blog Marge In Charge on Sunday, March 11, where she lays out her own case that the library funds are being mismanaged.

Update, 3/16: Sometime after this story was posted, Miller removed all content from her blog. The link above no longer works.