WAJ looking for approval to borrow up to $4 million 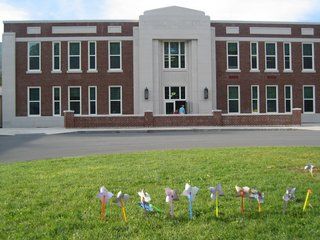 The Windham-Ashland-Jewett Board of Education is asking for the approval of town voters to borrow up to $4 million, through the sale of bonds and notes, to cover flood damages.

A vote on the measure will be held through a school bond election on November 22. The money will be used to reconstruct school buildings and athletic fields, and replace furniture and other equipment. The actual amounts of any bonds will be determined after factoring in all state and federal aid and insurance reimbursement.  The proposition being voted on also gives the board the authority to levy the necessary tax for repayment of the bonds.

At a recent meeting of the school district's audit finance committee, Superintendent John Wiktorko discussed the need to have a cash flow available for paying off flood debt until things are finalized with state/federal aid and insurance companies. The Daily Mail reports:

The district is still paying off those bonds and the flood debt will be piled on top, resulting not only in anticipated tax increases but also fiscal pressures in terms of having available cash flow to pay contractors and other bills while awaiting FEMA, State and insurance paybacks.

“These reimbursements could take weeks, months or, in some cases, years to come through,” Wiktorko said. “And there are some reimbursements we know we will be getting but we’re just like like everyone else on Main Street.

“I want to say everything is covered but there are some aspects that FEMA or our insurers might view differently than we do,” Wiktorko said. “There are a lot of complexities but our objective is to have as little impact on taxpayers as possible.”

The district will hold public informational meetings leading up to the November 22 school bond elections.

NOW THEREFORE BE IT RESOLVED BY THE BOARD OF EDUCATION OF THE WINDHAM-ASHLAND-JEWETT CENTRAL SCHOOL DISTRICT (the “District”) that a special meeting of the qualified voters of the District be and the same is hereby called to be held in the Cafetorium of the Windham-Ashland-Jewett School, Main Street, Windham, New York on Tuesday, November 22, 2011 from 1:00 p.m. until 9:00 p.m. prevailing time for the purpose of voting on the following proposition:

RESOLVED, that the Board of Education is hereby authorized to (1) reconstruct various District buildings, perform site work thereat (including reconstruction of athletic fields) and acquire original furnishings, equipment, machinery or apparatus required for the purpose for which such reconstructed buildings and athletic fields are to be used (the “Project”), at a maximum cost of $4,000,000, (2) expend such sum for such purpose, (3) transfer $120,000 from the Bus Purchase Capital Reserve Fund to the 2004 Capital Reserve Fund, (4) expend $129,133 from the Capital Reserve Fund for the classroom reconstruction portion of the Project, (5) levy the necessary tax therefor taking into account state and federal aid and insurance proceeds received and the amount expended from the 2004 Capital Reserve Fund, to be levied and collected in annual installments in such years and in such amounts as may be determined by the Board of Education, and (6) in anticipation of the collection of such tax, issue bonds and notes of the District at one time or from time to time in the principal amount not to exceed $3,870,867, and levy a tax to pay the interest on said obligations when due.

The vote upon such proposition shall be by machine or absentee ballot. The hours during which the polls shall be kept open shall be from 1:00 p.m. to 9:00 p.m. prevailing time or for as long thereafter as necessary to enable qualified voters who are in the polling place at 9:00 p.m. to cast their ballots.

Personal registration of voters is required, and no person shall vote whose name does not appear on the register of the District. Any person registered to vote under the provisions of Article 5 of the Election Law is entitled to vote and their names shall be placed upon the register of the District. If a voter has heretofore registered pursuant to Section 2014 of the Education Law and has voted at an annual or special district meeting within the last four (4) calendar years, he or she is eligible to vote at this meeting. All other persons who wish to vote must register.

The register prepared by the Board of Registration shall be filed in the office of the District Clerk and will be open for inspection by any qualified voter of the District from 9:00 a.m. until 3:00 p.m. prevailing time on each of the five days prior to the vote, except Sunday, November 20, 2011.

BE IT FURTHER RESOLVED, that the District Clerk is hereby authorized and directed to publish a notice of such meeting in two newspapers of general circulation within the District, four (4) times within the seven (7) weeks next preceding such School District meeting, the first publication to be at least forty-five (45) days prior to the date of the meeting.