"Super Wi-Fi" to the rescue? 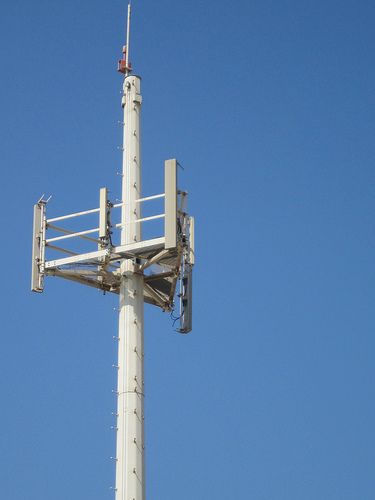 As a rural area, the Catskills region chronically lacks high-speed, broadband internet access. The region's deep valleys and steep hillsides make cell phone service next to impossible. (In fact, the Times Herald-Record just wrote an entire cover story about this very issue yesterday.) Even local radio -- save for a few notable newcomer exceptions -- is hard to come by. When you drive into the hills west of the Hudson River, you head into what is essentially a communications dead zone.

But the Obama administration and the Federal Communications Commission are looking to change all that. President Barack Obama used his State of the Union address last month to set a lofty goal, according to the New York Times: to bring high-speed wireless coverage to 98 percent of Americans in five years.

This so-called "National Wireless Initiative," according to a White House press release, will make expanding rural broadband the center of its mission:

Private investments are extending 4G to most of the Nation, but leaving some rural areas behind.  The President’s initiative would support a one-time investment of $5 billion and reform of the “Universal Service Fund” to ensure millions more Americans will be able to use this technology.

The FCC will be responsible for revamping the Universal Service Fund, its chairman, Julius Genachowski, explained in a speech last week, Reuters reports. The plan is to reorganize the fund with broadband services as its main priority:

Genachowski's proposal aims to reduce inefficiencies in the program by phasing out funding for duplicative services offered by several phone companies serving the same area.

The proposal would also consolidate all the universal service fund programs that support rural networks into a single Connect America Fund intended to bring high-speed Internet to unserved areas.

Last week, Obama hammered home the importance of rural broadband with a visit to Marquette, Michigan, a remote town that has been experimenting with high-speed broadband as a way to grow the local economy.

According to a press release issued by the White House, Obama talked with two small Michigan businesses that have benefited from internet access:

Rocky and Carol Getz, Owners, Getz’s Clothiers: Getz’s Clothiers, a traditional clothing business, expanded with an e-commerce site (internet sales make up 65% of revenue now) and was on Inc. magazine’s 2009 list of the 5,000 fastest-growing privately owned companies in America.

Craig Mattson, Chairman and CEO and Richard Anderson, Managing Director for Business Management, V.I.O. Inc.: V.I.O. Inc., an electronics company for outdoor enthusiasts, was started by a local entrepreneur and is now selling in over 60 countries online.

Something called "Super Wi-Fi" could play a role in this federal push for rural internet access, according to MIT's Technology Review, which published a short article on the "Broadband Boom in the Boondocks" last week. The story describes how an Indian reservation in California is blasting Wi-Fi signals over entire neighborhoods located in steep, mountainous terrain:

Most people living on the Yurok's 63,000-acre reservation lack phone service. Almost none have high-speed Internet. The new towers aim to fix both problems ... A Yurok tribal spokesman says the new signals will reach even into the steep-walled valleys that play havoc with most wireless signals. The tribe plans to start testing the system this week.

This kind of Wi-Fi would work wonders in the Catskills, which faces the same geographic challenges. And the FCC is committed to making it possible for more rural areas to use it, according to the story:

Unlike most wireless advances, super Wi-Fi's much-improved range has little to do with better technology. Instead, the dramatic jump comes from the FCC's decision to free up airwaves that have long been reserved exclusively for local TV broadcasts. Those TV airwaves are lower in frequency than standard cellular and Wi-Fi airwaves and thus better able to penetrate buildings and other objects ...

Since rural America has fewer local TV stations, it will have far more of these empty "white spaces" to fill with new wireless signals, points out Alex Besen, who runs an industry consultancy, the Besen Group. In many rural areas, super Wi-Fi will have access to well over 200 megahertz of spectrum, he estimates—more capacity than Verizon and AT&T combined. That huge injection of spectrum could revolutionize the digital infrastructure of rural America, Besen says.

When Meridale was hopping