Saugerties school board, its budget twice defeated, cuts one dollar 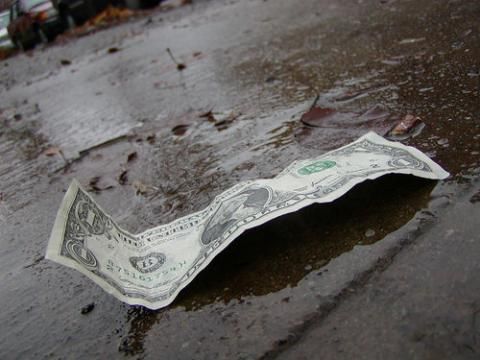 By law, a school contingency budget has to spend less than the failed budget it is adopted to replace.

So, after having two budget proposals shot down by voters this year, the Saugerties Board of Education did their legal duty: They cut the budget. By one dollar.

District officials have said the contingency budget only had to be $1 less than the defeated proposal because all the spending that had to be reduced under contingency laws had already been taken out of the second budget proposal. The district tax levy under the contingency plan will increase 6.38  percent.

If the comments left on the Freeman story are any indication, the town's numerous "nay" voters are infuriated by the Board's action. A sample:

The system is broken and it has failed on any measurable level. It cannot be fixed in its present state with the annual song n dance budgets and bandaids.

This would have been a good year for the teachers and administrators to voluntarily forego any increases. It would have sent a signal that they are part of the community vs the us/them attitude.

In an op-ed penned before the second school budget vote was held, Saugerties Times editor Will Dendis argued that the squeeze on public education is hitting rural towns particularly hard:

In a time when many public schools are feeling the pinch, charter and private schools are booming in urban and suburban areas. There, the rich kids are getting a good education and everyone else is struggling to keep programs intact. Each year, instead of new initiatives to keep pace with the rapidly evolving technology in the growing parts of the economy and the new ways today’s children learn, public school districts are being forced to play defense, just trying to maintain what we already had. It’s not sustainable.

Being a small-town district in a rural area, there is no charter-school option. If we can’t find the money, we risk a future of diminishing returns that could strangle our town’s vitality.