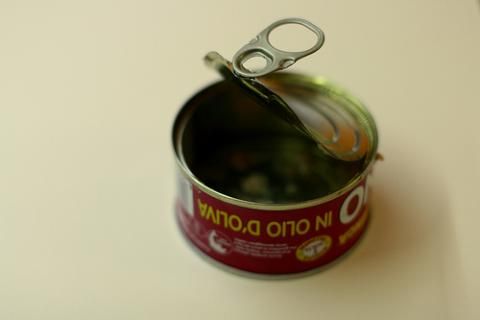 Joe Sicinski, who runs the food bank at the Andes Presbyterian Church, has a problem on his hands. He's still got plenty of things like canned corn, cranberry sauce and green beans. But staples like tuna fish, shelf-stable milk, and vegetable oil are running out fast.

A few weeks ago, Sicinski got a letter informing him that the Andes Food Bank won't be getting any more deliveries from the regional food bank that supplies most of their food. Over a dozen small community food pantries in Delaware County are in the same predicament.

“There is food, but we can't pick it up, and they can't deliver it,” said Sicinski. “We'll be open until our shelves are empty. But I would imagine each week we'll have fewer and fewer items on the shelves.”

The food banks weren't the victim of budget cuts. There's still funding to feed the needy in Delaware County. But due to an unfortunate bit of red tape, Delaware Opportunities, which buys the lion's share of the food on local pantry shelves in Delaware County, can no longer give it away – at least, not to other food banks.

To a tiny operation like the Andes Food Bank, which usually serves no more than half a dozen people on one of its Tuesday night pickups, it's a severe blow.

“Ninety-nine percent of our food comes from Hamden,” said Sicinski.

Most of the towns in Delaware County are very small and rural, and the food pantries that serve them are tiny operations staffed by a handful of volunteers through a church or a community center. As a larger food pantry with state funding, Delaware Opportunities has long served as a central hub to distribute food to the small, independent pantries around the county.

It's a fairly unusual arrangement for an agency that also runs its own direct-service food bank, says Sue Dapkins, the community services director at Delaware Opportunities.

“It's a partnership that's worked well over the years,” she said. “We're going to try very hard to continue to support them the best we can.”

Delaware Opportunities gets funding for its food bank in Hamden from New York State's Hunger Prevention and Nutrition Assistance Program (HPNAP). In the past, they've been able to use that funding to buy food to distribute to the smaller community food pantries. In most years, Dapkins said, getting the organization's state funding renewed is fairly routine.

But this year, Delaware Opportunities had to apply in a competitive grant process for funding. And, Dapkins said, the terms of the state's request for applications have changed since the last time the agency applied for a new grant. This year, there were two separate grants: one for pantries that serve the public directly, another for distributors.

The trouble is, Delaware Opportunities is both.

“For many years we have operated sort of like a hybrid. We are a distribution project as well as a direct service project,” said Dapkins. “We were in a bind.”

The agency applied for both grants, but only got funded for direct service. Under the terms of the grant, Dapkins said, the agency cannot distribute food to pantries they do not directly operate.

Already, as word spreads about the situation, local efforts to help the food pantries are getting underway in the community. The Catskill Community Garden Club has started a drive for local gardeners to drop off their extra produce at Quarltere's Nursery in Roxbury (a Watershed Post advertiser). Quarltere's is donating the extra vegetables to food banks in Roxbury and Margaretville.

Owner Lauren Quarltere said she just got her first delivery of vegetables from a green-thumbed good Samaritan today.

“I got fifteen pounds of produce – zucchini, cucumbers, onions,” she said. “And they're beautiful.”

For her part, Dapkins says that she is hoping the agency can find a way to use their existing funding to support the local pantries, without violating the terms of their grant.

In the meantime, people who need food can go to Delaware Opportunities's food bank in Hamden. But in rural upstate New York, having to drive many miles to get to a food bank is yet another cost for people who are already struggling.

“To be able to serve people in their own communities cuts down on all kinds of hardship,” said Dapkins. “We would have preferred to be able to operate the way we have been. But we're not giving up.”

Jill Ribich contributed to the reporting of this story.

If a food bank in your community is looking for donations to keep their shelves stocked, please let our readers know how they can help by leaving a comment.