The politics of produce 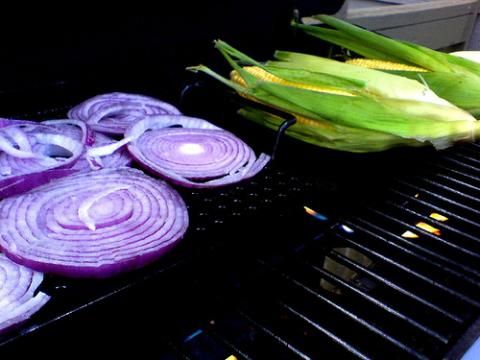 Onions v. corn: Which one can take the political heat? Photo by Flickr user Matthew Fugel.

Sometimes, even fruits and vegetables are political. Today's Daily Freeman features an update in an ongoing drama over where to locate the Catskill farmers' market, which occupied Main Street last year before business owners complained that the resulting street closure had cost them customers. In March, Daily Mail reported at the time, the subject of where to put the market occupied hours of village trustee time at a contentious community meeting.

This Monday, the Freeman reports, the discussion resumed at another meeting, and this time the Village Board came up with a solution: The market can use a Greene-County-owned parking lot on Main Street as its base of operations. This plan has a hitch as well, though -- the county might not be on board with it just yet:

On Monday, the Village Board agreed to use the county-owned lot at the corner of Main and Church streets for the farmers’ market, provided Greene County grants its permission. Village Community Development Coordinator Nancy Richards said she sent a request to County Administrator Shaun Groden for permission to use the lot but had not heard back from him as of Monday evening.

Produce and politics are making unlikely bedfellows on a state level as well. Last week, news that onions and sweet corn are both in the running to be New York State's official state vegetable made headlines around the world. The New York Times had some fun with that story:

[I]t appears as if Mr. Nozzolio has the upper hand over Mr. Carlucci, at least if economic impact is the metric of choice. The state harvested more sweet corn: 22,800 acres last year, compared with 10,200 acres of onions, according to the federal Department of Agriculture. And it made more money from the corn: $71.1 million to $54.2 million. (Though, in fairness, onions earned more money the year before.)

... As for Gov. Andrew M. Cuomo’s opinion? At a news conference on Wednesday after the swearing-in of the state’s new agriculture commissioner, Darrel J. Aubertine, Mr. Cuomo played coy.

“I do not have a candidate yet in the race for official state vegetable,” he said to laughter.