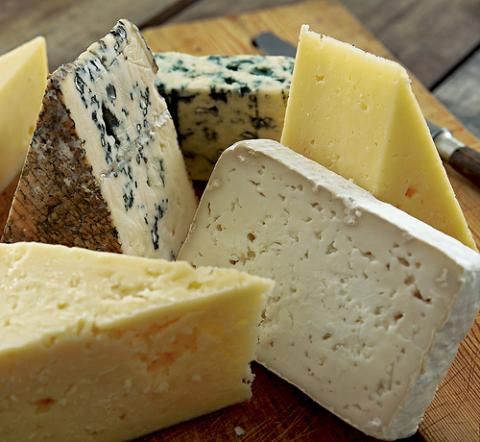 A local farming couple is planning to build a creamery in Delaware County, and hoping to bring the future of Catskills dairy farming with them.

By building the Kortright Creek Creamery, goat farmers Tom and Denise Warren are seeking to cash in on a booming demand for local food, and to help local dairy farmers who are currently selling commodity milk to learn the potentially much more lucrative business of value-added products. But it's unclear whether they'll get many takers. The world of Catskills farming is divided by a culture clash between long-established local farms and new, small-scale farmers. And the Kortright Creek Creamery is caught in the middle.

In a region where many of the dairy farms have been in the same families for generations, Stone & Thistle Farm -- an East Meredith goat farm owned by the Warrens -- is a relative newcomer. The Warrens have been keeping dairy goats on their farm for 15 years, and began selling organic yogurt and goat milk eight years ago.

With help from a grant from the U.S. Department of Agriculture and organizational support from local non-profit farming organization Farm Catskills, Denise Warren is determined to build a creamery in East Meredith. Having a creamery in Delaware County means that she won’t have to truck her goat milk three hours away to be processed, she says.

“We need a local creamery,” says Warren. “None of the creameries around here take milk from small producers.”

The value of value-add

For years, the Warrens took their small batches of goat milk to the Evans Farmhouse Creamery in Norwich to be processed. But last November, Warren says, Evans stopped accepting milk from small producers.

That’s because Evans is booming. Its creamery operation, which launched in 1999 as a way to preserve the Evans Family dairy farm, has expanded multiple times to keep up with demand. One of Evans’ subsidiaries, Sunrise Family Farms, spends much of its time turning out popular Siggi’s Icelandic-style skyr yogurt.

The success of the Evans creamery shows that family farms can tap into a big new revenue stream with creameries -- as long as they can cover the high start-up costs. And with the price of milk at levels so low that even multi-million-dollar Catskills dairy operations are only breaking even, the incentive to diversify is getting stronger for dairy farmers.

Some farmers have already done it. The Danforth Jersey Farm in Jefferson, Schoharie County, began making its own Cowbella butter and yogurt in a processing facility on the farm last November. Now, its products are available in over 20 local stores and restaurants.

Paul and Gwen Deysenroth of Byebrook Farm in Bloomville, in Delaware County, launched their own cheese in 2008, which they make themselves at the Cooperstown Cheese Company in Milford, NY. They truck the milk to Milford and truck the finished cheese back to Bloomville, where it is aged. Gwen Deysenroth says that both the cheese and the raw milk the farm sells on-site have given it a new revenue stream.

“The raw milk has some risk with it, but that’s really our biggest-profit thing, as far as the value-added products go,” she says. “But I would say that the cheese has been a successful venture -- we have it in a few stores, and we do farmers markets.”

Some local dairy farms are profiting while eschewing cows altogether. The “Fabulous Beekman Boys,” a farming couple in Sharon Springs, Schoharie County with their very own popular reality show, sell goat milk soap and cheese made from a herd of dairy goats.

The Warrens have already secured much of the funding for the Kortright Creek Creamery. They collaborated with Farm Catskills, a pro-farming nonprofit organization, on an application for a USDA Rural Business Enterprise Grant for a local creamery that would serve Catskills farmers. The USDA apparently liked the proposal: The federal agency is contributing $77,300 towards the project.

Denise and Tom Warren: Photo by Julia ReischelFarm Catskills will use most of the funds to purchase dairy equipment, which it will lease to the Warrens, who will operate the creamery on their property in East Meredith.

The one thing that the grant won’t cover is the creamery building. So the Warrens are raising the $20,000 they need for the building’s construction from the local community. Instead of holding a bake sale or selling pies, however, they’re borrowing a web 2.0 fundraising tactic from Kickstarter, a website that allows multiple people to donate funds to a project through the Internet.

Their “Be a Local Hero” campaign rewards every donation larger than $5 comes with a reward. If you give from $5 to $25, the Warrens will name a goat after you -- and give you a birth certificate to prove it. For donations up to $100, you get yogurt or goats’ milk. For $250, you get to stay a night at Stone & Thistle’s bed and breakfast and a dinner at Fable, the on-farm restaurant. For $1000, you get the full local farmer experience, including a chance to make your own cheese or yogurt in the new creamery.

The concept of the crowd-sourced creamery is a hit, Denise says. So far, she says, they’ve raised almost a quarter of their $20,000 fundraising goal.

“I go to the grocery store, and people hand me money,” she says. “Our community has been really involved since day one.”

Part of the stated mission of the Kortright Creek Creamery -- and a requirement that comes with the grant money -- is that the creamery help teach Catskills farmers how to turn their cow, sheep and goat milk into bottled milk, cheese, kefir, and yogurt. The Warrens and a few other dairy experts are slated to serve as dairy coaches in the facility, with local farmers as hands-on apprentices.

Farm Catskills will administer the training program, says Sonia Persichilli, the organization’s communications consultant. Would-be skyr-makers will have to apply to the organization to get a training slot. Once they’re in, they’ll receive help developing, producing, marketing and selling their value-added dairy products.

The idea is to give dairy farmers a hands-on opportunity to “experiment,” Persichilli says. She expects four or five farmers to spend ten hours a week using the creamery.

But this is where the big dreams for the Kortright Creek Creamery run smack into a culture clash: Local dairy farmers are wary of the project.

Rick Holdridge owns a dairy farm in Bloomville, and he’s deeply involved in the local dairy community. (His daughter, Nikki, was the Delaware County Dairy Princess last year.) Holdridge says that he probably won’t send his milk to the Kortright Creek Creamery.

“Time is the big thing,” he says. “You’d sell your milk to [the creamery], maybe, but the idea of going over there and spending my time to figure out how to get the product made would be another whole ball of wax. I don’t know, personally, how I would do it. Right now it’s 5am until 8 at night.”

The Deysenroths of Byebrook Farm say that they probably wouldn’t use the Kortright Creek Creamery, either, despite the fact that they’re already making and selling their own “value-added” cheese, and driving all the way to Cooperstown to do it.

“Not at this point, I would say,” Gwen Deysenroth says.

She adds that getting other established dairy farmers to give up their time to learn to make cheese and yogurt might be tough.

“There might be some who would be interested,” she says. “But I think most of the dairy farms that I can think of are pretty maxed out just farming it. When you get into the value-added thing, you’re into a food industry thing, and it’s quite a different ballgame.”

Underlying the concerns about time and cost is a culture clash between the Warrens and established cow-milk dairy farms of Delaware County. The Warrens moved here from New York City to begin farming. To local farmers who count their Delaware County forbears by generations, Stone & Thistle’s small-scale organic goat operation seems like the side-project of dilettante gentleman farmers. It doesn’t help that the Warrens are prone to seeking Beekman-Boys-style publicity. (The whole family appeared on ABC’s reality show “Wife Swap” last year.)

Denise Warren says that she’s expecting the creamery project to appeal most to young and inexperienced dairy farmers -- the dreaming flatlanders who want to start a small dairy operation with sheep or goats. She says that she’s already gotten some inquires from interested farmers.

“You’re not going to get a local dairy farmer,” she says. “They’re just so stuck in their milk-the-cows, the truck-comes-to-pick-up-the-milk habits, and we’re looking for the people who are willing to dream a little bit and take some risks.”

Persichilli, the spokesperson for Farm Catskills, says that her organization is aware of the gulf between established local farms and newer operations.

"It’s something that we’re actually going to build into our outreach and planning for communication with all the different audiences,” she says. “Historically, there’s definitely this divide between the older dairy farmers and the newer farmers coming in. It’s something we know exists, but at the heart of it, what we’re trying to do is provide these people with more options. We don’t expect everybody to participate, but even if a handful of farmers get out there and play around and make a value-added product, it can make a difference.”

While getting busy established dairy farmers to play around in the creamery might be a pipe dream, the Kortright Creek Creamery will have one project that might appeal to everyone: processing and marketing a Catskills milk brand.

For years, local dairy farmers and farming advocates have batted around the idea of marketing a local brand of milk for the Catskills. The concept has worked for the Hudson Valley, where a non-profit dairy cooperative has been selling local milk under the brand “Hudson Valley Fresh” since 2002.

Doing the same thing in the Catskills might help local dairy farmers fetch a higher price per gallon for their milk, not to mention earn a higher profile among locavore foodies.

“Through the years we’ve talked about putting together some kind of a brand under a co-op brand structure, but that hasn’t come about yet,” Persichilli says. “I think a lot of people would be excited to see that happen.”

“It’s not a financial risk to allocate part of your milk,” says Denise Warren. “I can completely support and understand the concept of ‘we just don’t have enough time.’ But imagine if we as Farm Catskills go to ten area dairy farms and say, ‘Give me an eighth of your milk, and we’ll bottle and brand Catskills milk.” If somebody said, “I will give you $2 a gallon more for your milk, the answer is going to be ‘sure.’”

A Catskills milk label is something that Holdridge agrees the region needs. In fact, he himself has been advocating for it for years.

“I think the Catskills brand of milk or yogurt or cheese would have have a market,” he says. “Or a dairy product with some kind of watershed-type logo on it. I’ve always said that would be a good idea.”

But that’s all in the future. For now, the Warrens’ focus is on raising money for construction materials. When the money reaches the goal of $20,000 -- ideally by the end of August -- Warren says that she will celebrate with a barnraising.

“When’s the last time people had a barn-raising around here?” she asks.

8/16/11 Update: This article has been corrected. The "Be a Local Hero" campaign rewards donors with the right to name a baby goat and a birth certificate, not a gift certificate, as I previously reported. Also, the Warrens have sold goat milk yogurt and goat milk, but not soft cheese, in the eight years they've kept dairy goats. -- Julia Reischel

The Red Goats of Kingston