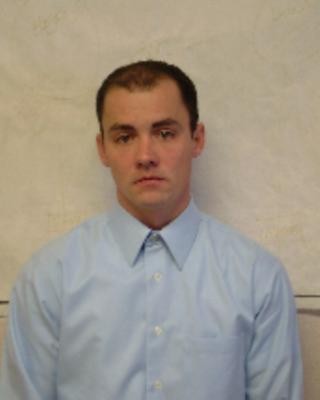 A Davenport man who was employed at the Covidien pharmaceutical plant in Hobart has been arrested on felony drug trafficking charges, after a lengthy investigation linked him to two other recent arrests involving the trafficking of oxycodone powder diverted from pharmaceutical manufacture.

Jason Wilsey, 33, turned himself in at the Delaware County courthouse on Tuesday morning, accompanied by his attorney. Wilsey is charged with first-degree criminal sale of a controlled substance, a class A-I felony that carries a sentence of 8 to 20 years for first-time offenders.

In a statement released to the press, Delaware County sheriff's deputies said that on December 21, 2012, Jason Wilsey sold five ounces of oxycodone powder to his brother, Robert Wilsey. A search warrant at Robert Wilsey's home on that day by the Delaware and Otsego County Sheriff's Departments and the U.S. Drug Enforcement Agency (DEA) turned up five ounces of oxycodone powder, leading to Robert Wilsey's arrest on the charge of second-degree criminal possession of a controlled substance.

Police did not announce Robert Wilsey's arrest to the media until January 11, as a multi-agency investigation into the source of the oxycodone powder was still ongoing.

Police also said that Jason Wilsey was the source of oxycodone powder to Dante Major, an Otsego County man who was arrested in March of 2012, and recently sentenced to 55 years to life and a $260,000 fine for the crime of Operating as a Major Trafficker.

Daily Star reporter Joe Mahoney was on the scene of Jason Wilsey's arraignment in Delaware County court on Tuesday, and has more details on the case. Mahoney reports that the case against Jason Wilsey is based partly on the claims of Robert Wilsey -- who is a registered sex offender, convicted in 2001 of the rape and sodomy of a 14-year-old girl. From the Star's story:

Jason Wilsey had been employed at Covidien’s Hobart plant for 10 years and has a clean criminal record, said his attorney, Michael A. Jacobs of Stamford. The lawyer said the last time Jason Wilsey was in trouble, he was 12 years old. He did not elaborate on the nature of that incident.

“He maintains his innocence, absolutely,” Jacobs said. “His family is bailing him out right now. As far as we can tell, this was brought on by the half-brother. This is called: ‘Let’s blame someone else so I don’t have to spend a lot of time in the state penitentiary again.’”

Police said Jason Wilsey's arrest was the result of a two-year investigation into local drug trafficking, a joint effort between the Delaware and Otsego County Sheriff's Departments, the DEA, and other local law enforcement.

Jason Wilsey was arraigned on Tuesday before Delaware County justice Carl Becker, and posted bail, which was set at $50,000 cash or $100,000 bond.

Let this be a strong signal to the drug dealers who are operating in our communities in Delaware and surrounding Counties…we will continue to work tirelessly to investigate the trafficking of narcotics and bring these individuals to justice to make our communities a safer place for our citizens…our work has no boundaries as we will collaborate with our partners in all law enforcement agencies to get the job done. We are extremely proud of the efforts and partnerships developed by the multi-jurisdictional team involved in this investigation and will continue to diligently support each other as we carry on our work into the future.