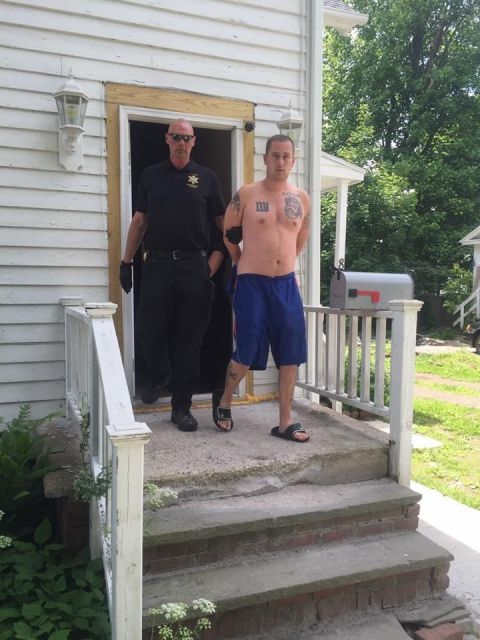 Above: Donald M. Debrock is arrested on Thursday, June 16 in Walton. Photo via the Delaware County Sheriff's Office.

Delaware County Sheriff's deputies raided an apartment on Benton Ave. in the town of Walton on Thursday, June 16 and arrested 32-year-old Donald M. Debrock and 21-year-old Nicolette M. Fischetti for possessing Suboxone and marijuana, according to a press release.

Suboxone, an opioid, and marijuana was found inside the home, police say, and two "school-aged" children were found in the residence.

Both Debrock and Fischetti were charged with felony criminal possession of a controlled substance in the fifth degree and unlawful possession of marijuana, a violation, police say. They were arraigned in Walton Village Court on Thursday night and were sent to the Delaware County Correctional Facility on $75,000 cash bail, police say.

The raid came after a two-month investigation into heroin and Suboxone sales in Walton--specifically into alleged sales of Suboxone and heroin by Debrock in May and June, according to the Sheriff's Office press release.

Debrock, already in custody, was arraigned on the additional charges on Friday afternoon, police say. Judge Northrup ordered Debrock be held without bail pending further court proceedings, according to the press release.